After a lively discussion on a possible ban on raves in Edmonton, a city committee has decided the proposal is now off the table.

The proposed ban prompted a large response from members of the electronic concert scene, who attended the city committee meeting to voice their objection Wednesday.

Viet Nguyen with Boodang Music Canada said he is pleased with the decision.

The Edmonton Police Service suggested the moratorium after finding raves have a higher number of medical incidents than other types of concerts, tying up emergency resources.

“We wanted a three to four-month pause on all electronic dance music events in the city,  just so we can actually step back and review what we’re doing,” Staff Sgt. Troy Carrier said. 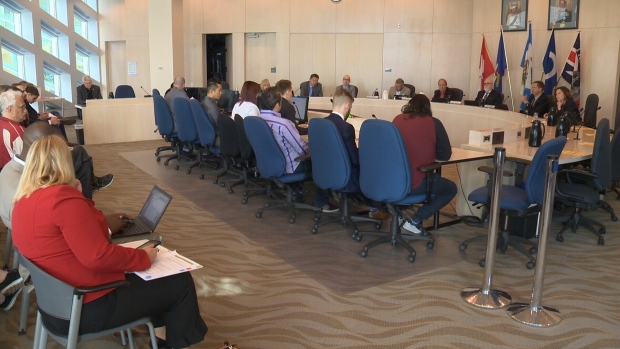 Based on the statistics in the report, people were about 30 times more likely to be transported to hospital in an ambulance at a rave than a concert in the last two years.

It also found there is a significant risk for sexual assaults due to the prevalence of drug use.

But at Scream in October 2017 and Frequency in February 2018, 15 and 11 people were taken to hospital respectively.

Staff Sgt. Carrier said the proposed moratorium was necessary to elicit a response from the city.

“Compliancy is going to lead to something tragic happening and that was a concern for us as first responders. And maybe this was a strong point that had to be made,” he said.

City council voted to place a one-year moratorium on any new combative sports events in the city, which was met with strong backlash.

“I think that we have, as a culture, started to recognize that prohibitions don’t work,” councillor Scott McKeen said.

“We as legislators have to be really aware of the unintended consequences of a move like that. You want to keep everybody safe, but you don’t want to injure people and their livelihoods, or even quality of life, unnecessarily.”

Event organizers hire their own medical and security staff, and cover the cost of extra duty police officers.

Nguyen said since the report was released, he has been speaking to other event organizers in other municipalities to learn how they address the growing drug concerns.

He learned one possible solution is hiring on-site physicians and nurses.

“They can remedy symptoms quicker, on-site, and send patients on their way, versus sending them away via transport,” Nguyen said.

He said they didn’t feel it was necessary to have on-site medical staff in the past because their transport numbers were low, but since the spikes, he said it’s important to take action right away.

Organizers agreed to work with council and harm-reduction organizations to address the concerns around raves.