EDMONTON -- Monday marks the 25th anniversary of the National Indigenous Peoples Day in Canada. It’s not only a celebration, but an opportunity to educate, as a growing number of young Indigenous people turn to social media as a way to highlight their culture and community.

An Edmonton company is hoping to grow their ability to do that in the digital world.

“We’ve had a tough time trying to have our stories heard, or even seeing ourselves represented in a lot of storytelling,” Shani Gwin, the founder and managing partner at Gwin Communications, said.

“The digital space have become a really important space for First Nations, Métis and Inuit to get their stories out, share their perspectives, and give context.”

But, Gwin explained, looking up related content to post through Instagram, Snapchat or even TikTok has been lacking. So, her agency enlisted the help of two graphic design interns to help create some Instagram stickers.

Some of the available stickers on Instagram include “Proud to be Métis,” and “Tansi,” which means hello in Cree. The designs can be found by searching @gwincomms. 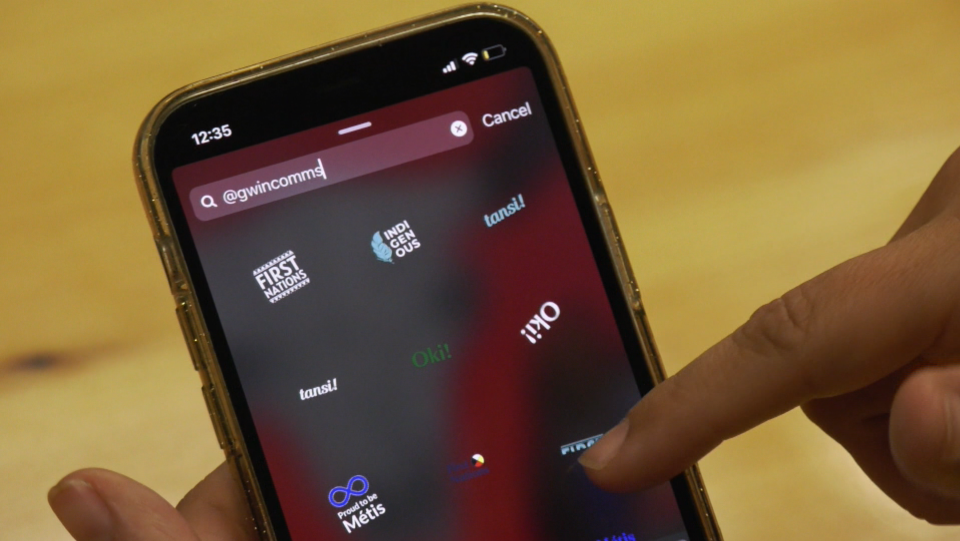 “We use these platforms just like everybody else and I think the majority of people can go on those platforms and finds things that represent themselves,” Gwin said.

“For us, it was just a small thing that we can do to ensure that First Nations, Métis and Inuit could see themselves represented on Instagram, a platform they probably use every day.”

When it came to creating the design, incorporating the languages and cultures was important to the team.

“I wanted to create lots of vibrant colours, and also patterns that represent Indigenous peoples, and cultures, and also reflecting back on Mother Earth and nature,” Melaina Goos, the graphic design intern at Gwin Communications, said.

'THERE'S A LOT GOING ON BEHIND THE SCENES'

The designs are proving to be quite popular. Over two weeks the stickers were searched nearly 500,000 times. Gwin told CTV News Edmonton it’s a small step in a bigger conversation.

“Maybe Instagram stickers is something that is just fun and cute that we can do right now… But, there’s a lot going on behind the scenes that we’re doing to help elevate some of these other bigger, harder issues for Canadians to digest,” she commented. 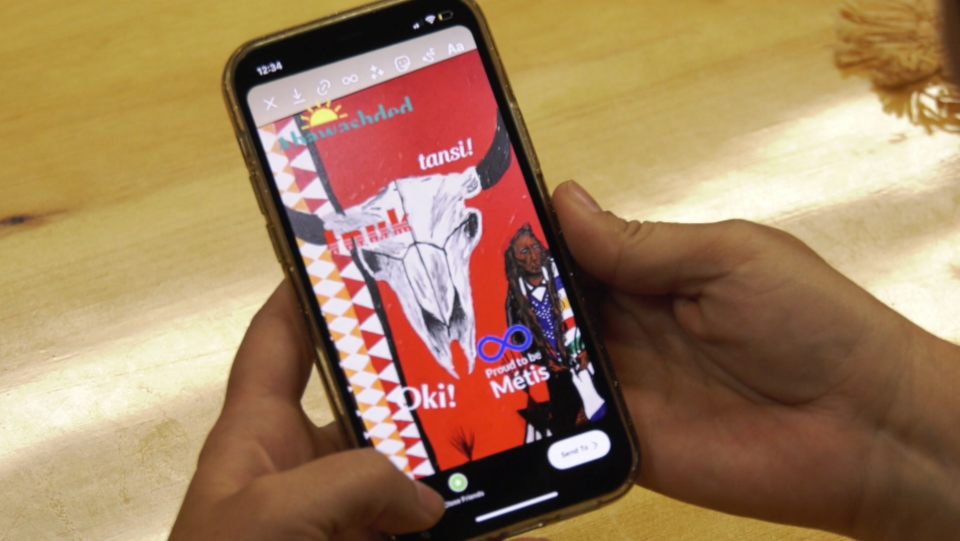 Goos and Gwin both agreed this is a new way for the next generation to feel seen.

“As a Métis woman I’m still learning a lot about myself and my culture,” Goos added.

“If people see [the sticker] on your story they can ask you about it, or what the word means. It’s a great opportunity to be able to connect with allies and other people.”