A Red Deer gym is in a legal battle against a large American company over a name and where it can be used.

Shawn Freeborn started his body building journey at the age of 13.

“My father owned a convenience store, and I got introduced to cream sodas, chips, and the microwave oven, and I weighed close to 300 pounds at 13 years old,” Freeborn said.

Over the next few years, he lost over 100 pounds, and entered his first body building competition at 19. He went on to be crowned Mr. Alberta, and, over the years, his passion for training and eating healthy never waivered. In 1991, he opened his own gym, in Red Deer, named Planet Fitness after buying out the Spa Olympia gym from his aunt.

“I was pumped and stoked that I was going to have the opportunity to get into the industry as a young guy,” he said.

“Made my grand entry, and I’m still here today.” 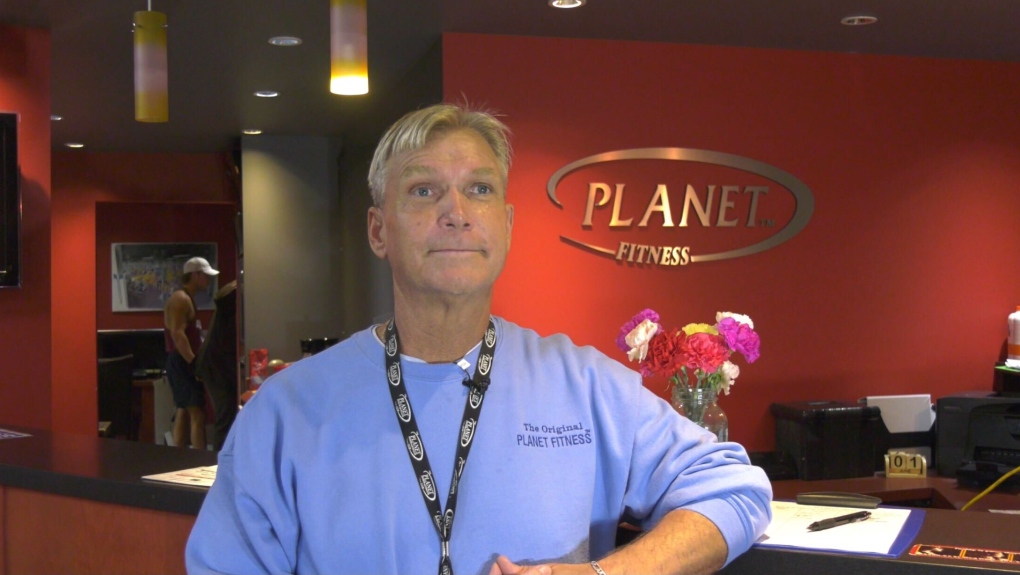 However, the name of his gym would be the cause for many problems, years later, when the major American chain, Planet Fitness, registered the trademark in 1998. The other Planet Fitness has been expanding in Canada since 2014. In 2017, Freeborn sent them a cease and desist letter after he got wind that the American franchise had plans to open locations in Alberta.

“I didn’t pay attention to what the American company was doing until they entered Canada,” he said.

The similarities go beyond the name. The American company’s logo is a shade of purple as was Freeborn’s original logo and the original colour scheme of his gym in Red Deer. Freeborn said he felt forced to rebrand, and drop the purple colour, for practical reasons. The entire renovation cost him over $150,000.

“The changing was to kind of get back some of our uniqueness,” he said. 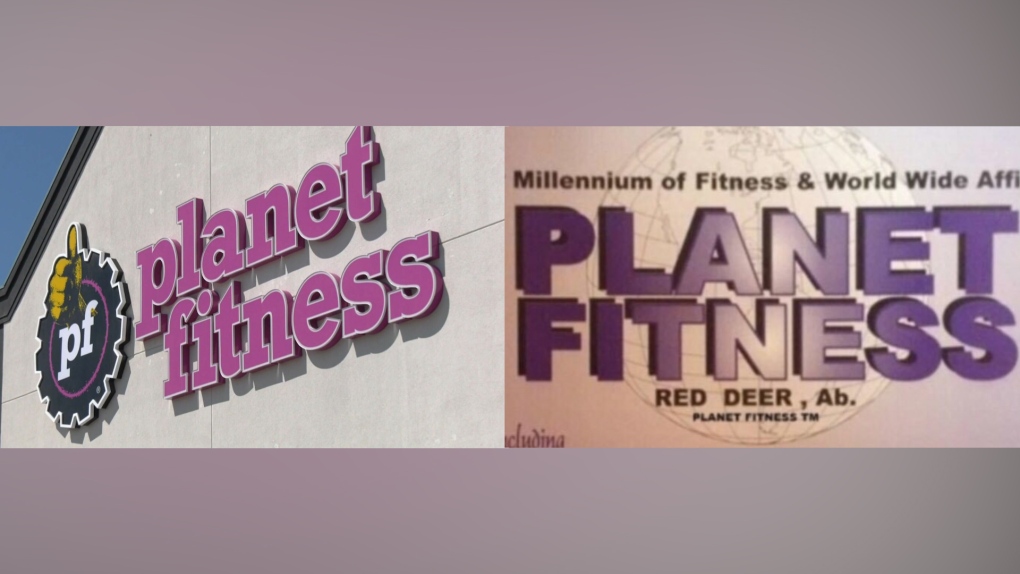 It’s been confusing for consumers who think that Freeborn’s Planet Fitness is affiliated with the big chain. He said he gets multiple calls a day about promotions and details that have nothing to do with the Red Deer business.

“Three to five phone calls a day. Confusion. Banking information sent to us. Bills sent to us…we’ve had people come in and they’ve been told they don’t belong to this particular club and that their black cards, which America offers, don’t work here.”

The American company has said it is not challenging the Red Deer gym’s use of the name, but it is limiting the common law right to Red Deer, meaning Freeborn cannot build another location outside of the city.

In an email to Freeborn, the American company said “Common Law trademark rights are limited in scope to those geographic areas where a rights holder can demonstrate evidence of goodwill and reputation in association with its mark. Given that Planet Fitness Inc. operates only the single location, we respectfully submit that its rights are limited to that geographic area.”

However, Freeborn said he used to have locations in Medicine Hat and Leduc, and that his gym, Planet Fitness, is affiliated with multiple clubs across Alberta.

In an email to the American franchise, Freeborn said: “We then continued promoting ‘Gyms’ throughout three provinces in Canada, Alberta, Saskatchewan and British Columbia, all under our trademark – PLANET FITNESS – with our I.P.F.A [International Physical Fitness Association] FITNESS MEMBERSHIP – We spent many years traveling intensely promoting our brand.”

In an affidavit, an investor who had agreed to invest at least $1 million in Freeborn’s Edmonton location, said: “Soon after the letters from Planet Fitness USA started arriving all negotiations stopped between myself and Planet Fitness Inc. in Alberta.”

Freeborn, unable to open the Edmonton location, donated the equipment for the new gym to a high school.

“It’s cost me everything,” he said.

“You have to branch, you can’t be one location, and survive the new market.”

Freeborn has filed two lawsuits against the company. They have countersued and put their position forward in public documents. In a statement to CTV News, the American Franchise said: “Planet Fitness is unable to comment on litigation matters.”

“I truly believe he is in the right here, and it’s not fair what’s happening to him. All his work, all his life, to basically be discarded and set aside just because this big corporation decided he’s not important,” said Freeborn’s lawyer, Julia Ibanescu.

“If we don’t stand up for what’s right in this world, then what’s the point? What kind of world do we have for our kids? I know Shawn has two boys. He wants to leave something behind. He has a legacy. They’re taking away his legacy.”

Freeborn and the American company hope they can come to an agreement.

“The goal of the filing is to get them to understand that I have the geographical right to operate in Edmonton, Calgary, minimally Alberta,” he said.

“My son now wants to adopt the brand, and he wants to continue, so I say to infinity and beyond with the Planet Fitness trademark.”