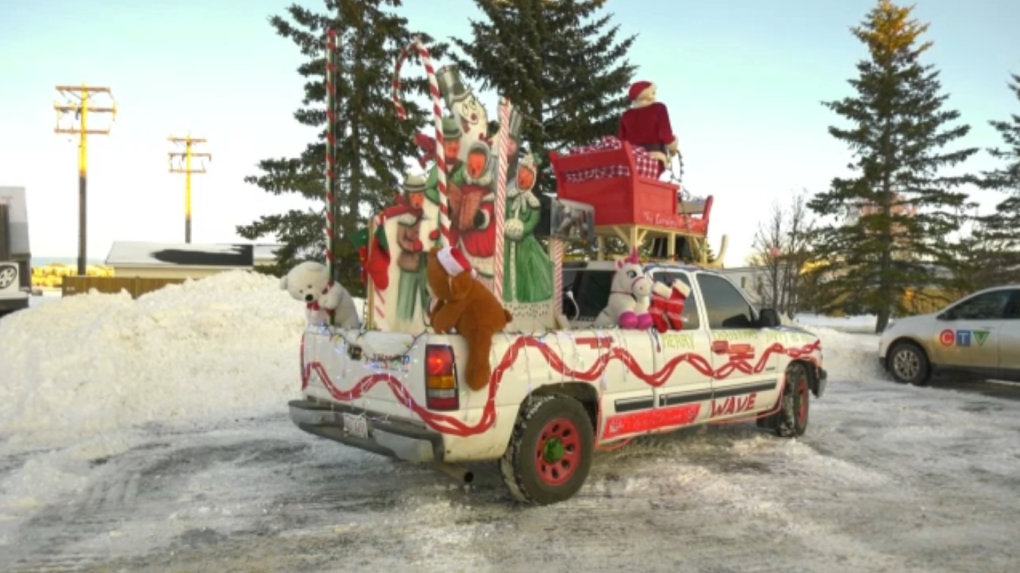 A pair of friends in central Alberta is spreading Christmas cheer with their fully decked out caroling truck.

RED DEER -- Two long-time friends are driving the streets of Olds in their Caroling Christmas Truck in an effort to spread Christmas cheer.

Walter Moebis and Clint Jackson have been friends for more than 20 years. After taking part in the Santa Claus Parade in Olds, they thought of the idea of having their own small parade.

Moebis and Jackson decorated a truck with Christmas lights, Christmas decorations, and a speaker and started driving the streets of Olds.

They have been driving every night, playing Christmas carols through their speaker, for the last three and a half weeks

“It’s really been heartwarming for us,” said Jackson.

“It’s just a wonderful feeling to be able to contribute some joy because it’s been a very depressing year for a lot of us.”

Both of them have been overwhelmed by the response they have received from their community. They have seen hundreds of people, every night, getting out of their homes to wave or say thank you.

“You can almost feel the warmth in their heart when they wave at us.”

Word of their Caroling Christmas Truck has spread across Central Alberta with members from different communities decorating their own trucks and driving through their own neighbourhoods.

“I hear that in other towns there’s people that have seen our outfit and started making their own little parades and that’s just awesome that we can get together and start spreading the Christmas cheer around,” said Moebis.

The two friends plan to continue driving around town spreading their Christmas cheer until the New Year.

“Our whole deal with this is to pass on those people’s waves and smiles and greetings to other people,” said Moebis.

“We’re just the vehicle for moving that on.”