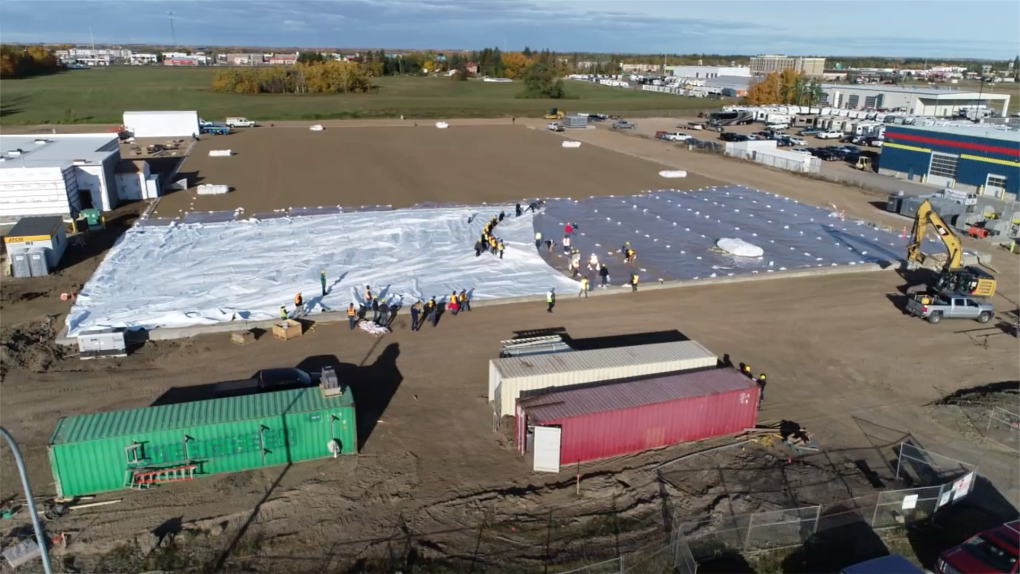 Dome Red Deer, a 107,000 square foot facility in Gasoline Alley, will house a number of sports, including soccer, baseball and football.

RED DEER -- Central Alberta athletes looking to step up their game won’t have to look much further than Red Deer County with work now underway on a new sports dome.

The Dome Red Deer is a 107,000 square foot facility located in Gasoline Alley. The centre will house a number of field sports including baseball, soccer, rugby and football.

Beyond being a space for sports, the owners are looking to make it a top training facility.

“One of the things we do want to do is help out athletes get to the next level, whatever that means, basically reaching their max potential,” said The Dome Red Deer President and General Manager Noah Welch.

“The dome is just part of it. Coming in with the dome will be sports psychologists, the physiotherapists, the chiropractors and massage therapists,” said Red Deer County Director of Planning and Development Dave Dittrick.

The $8-million facility has been in the works for three years. The project is being funded through private investments.

“It’s definitely a need for this area. We need more indoor turf. We have long winters and it’s unfair, I think at this point, for our local youth. They just don’t have the same opportunity,” said Welch.

The long term plan is to see local athletes succeed.

“Our goal is five-10 years down the line to look back and say, 'Hey, we’ve sent x amount of boys and girls, or young men and young women to division one scholarships,’” said Welch.

The dome is expected to be fully operational by the beginning of November.