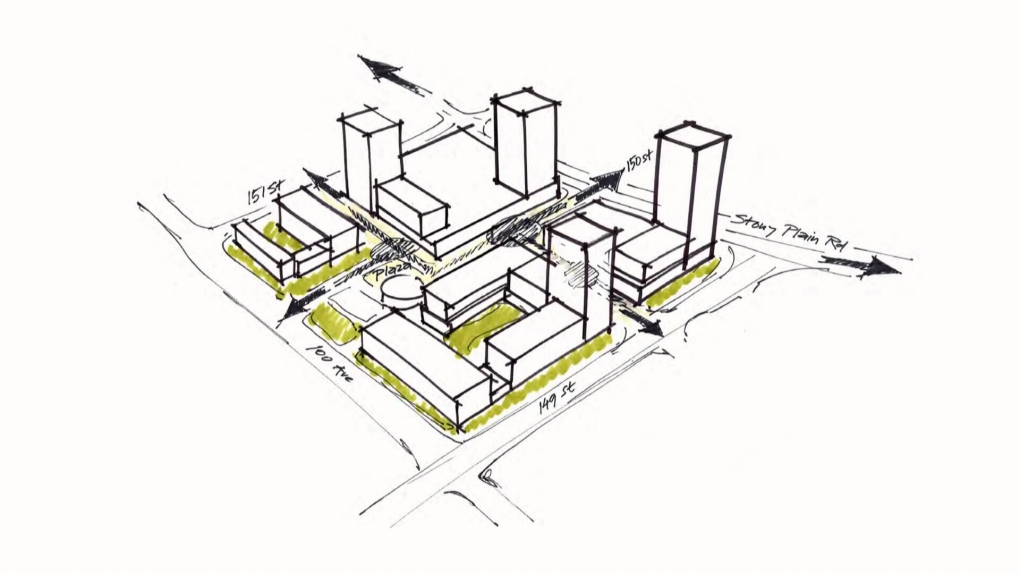 EDMONTON -- An amendment to the to the area redevelopment plan for the Jasper Gates Shopping Centre to allow buildings taller than eight stories high was approved by Edmonton City Council Tuesday night.

After a long discussion the rezoning for the Jasper Gates Shopping Centre was approved! This is one of the most exciting votes of support I’ll make in my time on #yegcc because this development will be a significant catalyst for the ongoing revitalization of @StonyPlainRoad. #yeg

Residents of the West Jasper/Sherwood community attended a public meeting at City Hall to argue against an amendment to the Area Redevelopment Plan (ARP).

“It’s so vague; there is so much missing from the bylaw that it’s left to interpretation,” said Irene Blain, president of the West Jasper/Sherwood Community League. “This one is very vague. Even they admitted to Council that it was too vague.”

Currently occupied by two large stores and a series of strip mall style establishments, RioCan Real Estate Investment Trust have proposed to build four mixed-use towers: one of which could be as tall as 25 stories, three more towers that are proposed to be eight stories and row housing on the perimeter of the site.

Residents are also worried about how the redeveloped site would affect the community and the surrounding businesses.

Several times, speakers raised concerns that between the proposed LRT stops and the large amount of commercial space being proposed, residents and traffic would be funneled to the area and away from the rest of Stony Plain Road.

“When they are getting the housing with the shopping and commercial, they are just going to stay in that ‘village’, in that one site,” Blain said.

Another issue raised was “tower shadowing,” affecting residents in the surrounding area, but representatives from RioCan said they would take it into consideration when planning to minimize the impact. They also committed to consulting with residents to try and make as many people as happy as possible.