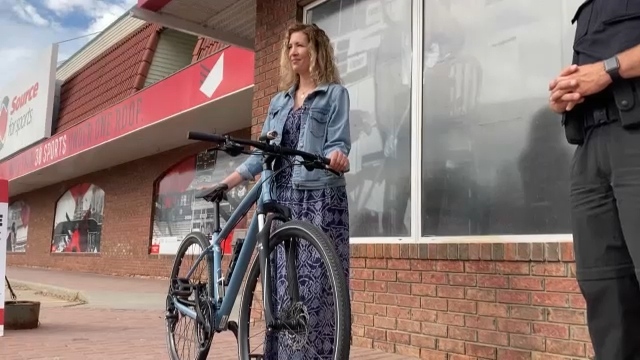 An Edmonton teen’s specialized mountain bike reported stolen after their garage was broken into was originally thought to be recovered in Vancouver.

After further investigation, the Edmonton Police Service sent a correction to media outlets on Tuesday saying the serial number on the bike may not match the stolen one from Edmonton, adding Vancouver police may have made a mistake.

The mother of the 13-year-old girl reported the bike missing to the EPS on April 14, a few days later she registered it with the Bike Index after talking to a friend.

The Bike Index allows riders to register their bicycle in a data base, and if it happens to go missing, lost, or stolen, an alert goes out to the community and its partners.

By registering the bike on the index even a few days after it was taken, the Vancouver Police Department was able to use that information to identify what they thought was the Edmontonian's bike on April 24, EPS said.

EPS has reached out to the bike manufacturer to confirm the serial number, EPS said.

A police spokesperson added the teen girl may be allowed to keep the bike even if it's not the one that was stolen from her.

Since bike thefts can occur anywhere, including at home, in parkades, garages and on city streets, it’s important to ensure it’s secured and locked up.

EPS suggests registering the bicycles serial number on bikeindex.org and include a photo of the bike, the make, model, and contact information. Police also recommend storing your receipt for proof of purchase.

Once the bike is registered, head to EPS or a participating bike shop to collect your free EPS and Bike Index sticker.

If the bike is goes missing, report it to police online or in person, and mark the bicycle as stolen on the index.

According to EPS, more than 78,000 bikes have been registered on the Bike Index in the Edmonton area.