At Tambayan Ni Kabayan restaurant in east Edmonton, one server stands out from the rest. That’s because she stands on two wheels. Peanut is a robot, who rolls to the beat of her own tunes, and greets customers with a smile and a wink.

“They bring their kids and they want the robot, 'I want the robot to serve our food,' so they're really, really happy,” owner Joe Baddas told CTV News Edmonton.

“It's easy because the customer, after they grab their food, we just press OK and it will say, ‘Thank you, have a good meal,’ and it will go back to the kitchen.” 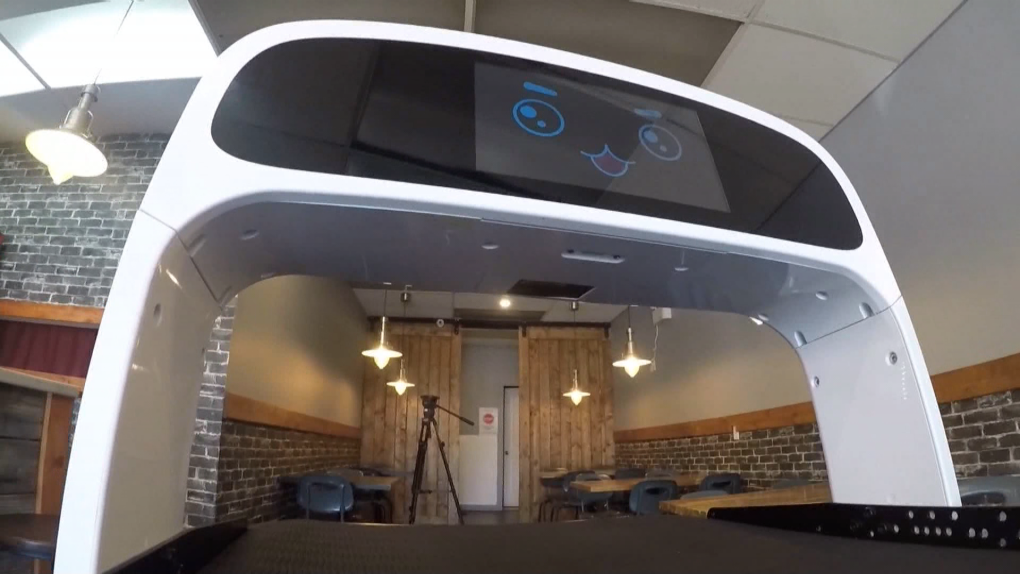 Baddas says the family-owned restaurant invested in Peanut to bring in new business.

“During pandemic time it's really slow, so we for a small business like us, we cannot afford to hire servers and everything like that,” he said.

“We wanted just to innovate and get more customer, especially for the teenagers, they are more on the social media.”

It was a big investment for the small business, but one that’s paying off.

Baddas says Peanut can be customized to deliver personal service.

“If they have birthdays or something like that we can customize.” 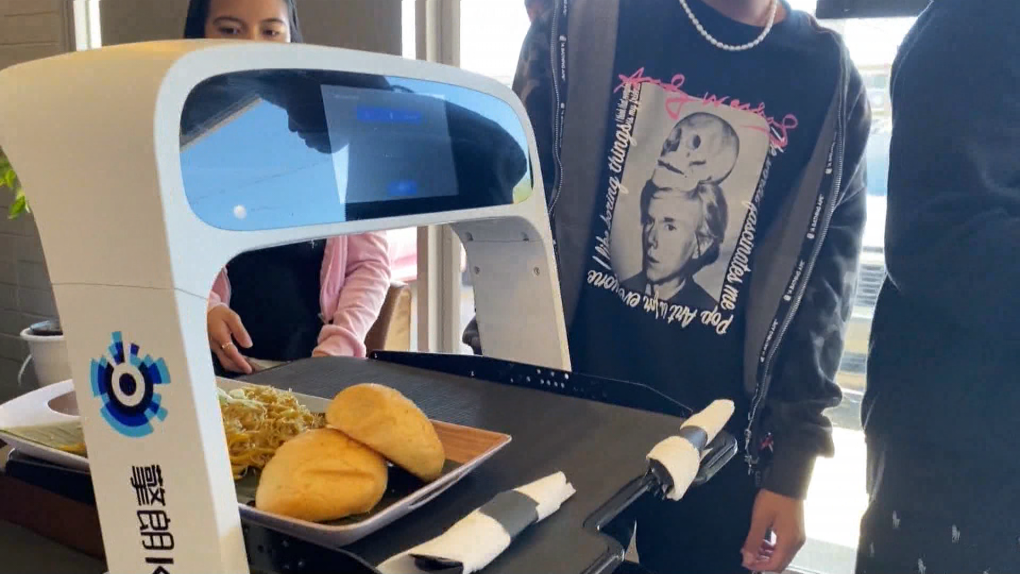 Peanut doesn’t just sing and deliver food to the table, she can also take empty plates away.

“It’s like everything. The serving and bringing back all the plates and everything. So it really helps,” Baddas said.

KEENON Robotics, the company that makes Peanut, says it sold more than 100 robots in Canada in the past two years.

The company, which is Chinese but has distributors in Canada, expects to see sales climb with a labour shortage here.

While Baddas is happy with Peanut and everything she brings to the business, he says he won’t be getting rid of his human servers any time soon.

“Some people, especially for the teenagers, they love the robot and the kids, but for the older people they want some interaction.”

While the federal government was successful in procuring COVID-19 vaccines amid an urgent pandemic situation, the Public Health Agency of Canada (PHAC) fell short when it came to minimizing the number of doses wasted and now millions are about to expire, according to Canada's auditor general.

Montreal Canadiens star goalie Carey Price reversed course and said he did in fact know about the 1989 Polytechnique shooting spree that killed 14 women in Montreal despite previous comments that he didn't. He also apologized to those that may have been upset by his comments against the proposed federal gun legislation.

opinion | How to get the increased GST tax credit

To help combat inflation and help lower- and modest-income families, over the span of six months, Ottawa is issuing an additional one-time GST tax credit to eligible taxpayers. Personal finance contributor Christopher Liew breaks down who's eligible for the increased GST credit, explain how to get it, and how much you could receive.

Alberta Health Services has procured five million bottles of children's acetaminophen and ibuprofen and will distribute it first across the province, then across Canada, the Alberta government says.

A man was arrested Tuesday on suspicion of assault after an egg was allegedly hurled towards King Charles III during a visit to a town centre, police said.

The suspect accused of entering a Colorado LGBTQ2S+ nightclub clad in body armor and opening fire with an AR-15-style rifle, killing five people and wounding 17 others, was formally charged with hate crimes as well as murder on Tuesday.