Running in the halls not only allowed, but encouraged in school pilot program 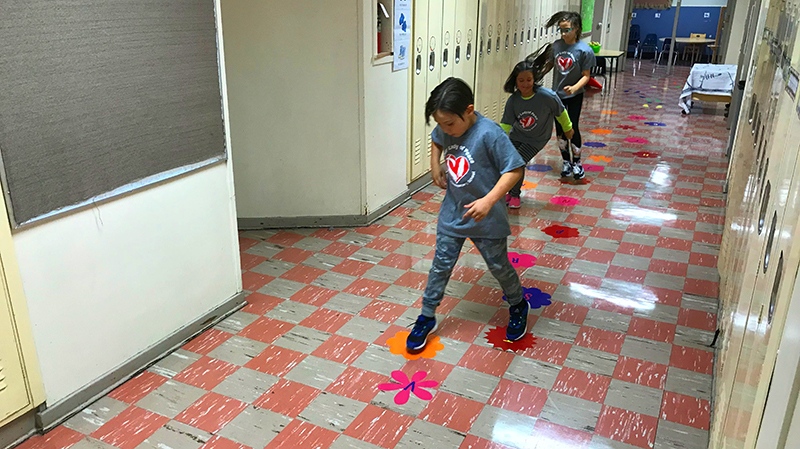 The Moving in the Halls pilot encourages kids to get active in their schools by running, hopping and playing their way down hallways. Sept. 16, 2019. (CTV News Edmonton)

Chances are you've heard a teacher yell "no running in the halls" at least once in your life.

But at Edmonton Catholic Elementary schools, students are being encouraged to do just that.

The new program, Moving in the Halls, is designed to get kids more active going from class to class with a number of different activities set up in the hallways such as hopscotch and math games.

Edmonton Catholic's Cheryl Shinkaruk says many of students are not getting enough daily physical activity, and that's what led to the creation of the program.

Preslie, a Grade 6 student, says her friends think the program is really fun.

"You just come out of the classroom and you can do this stuff while you are walking the hall to gym or music and burn off some energy," she said. "Instead of just sitting there and being like 'I have to do something.'”

The program was piloted in eight schools last year and based on how successful it was, it's now being implemented in about 70 Edmonton Catholic Elementary schools. 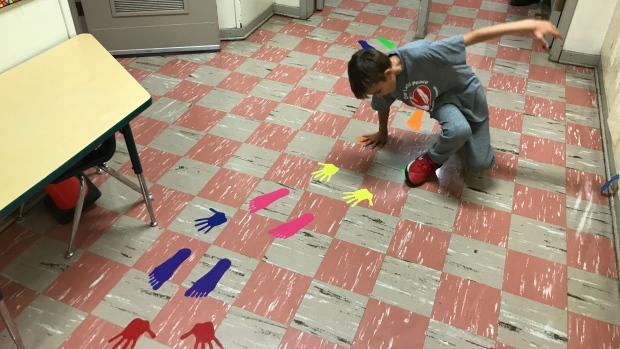