Hamilton was declared the winner at 9:17 p.m. — less than one hour and thirty minutes after polls closed.

As of publication, she had garnered 44.7 per cent of the vote, representing a lead by 22.1 per cent.

Giselle General had 22.6 per cent of the vote while Derek Hlady had 18.6 per cent.

Daniel Heikkinen followed with 9.5 per cent and Scott Hayes had 4.6 per cent.

Hamilton said she was pleased to be re-elected and that the campaign had been incredibly busy as she raised a newborn. 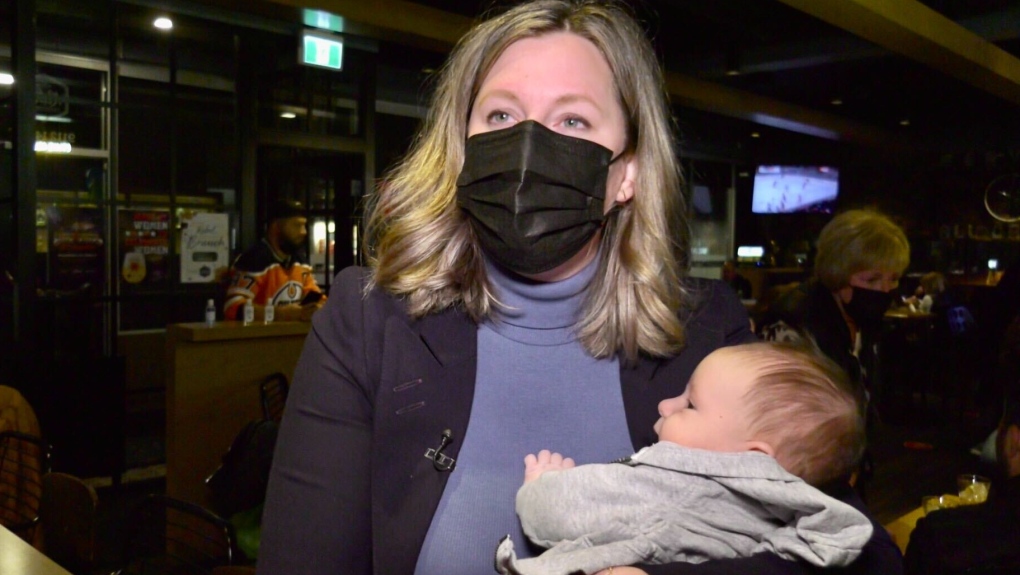 Sarah Hamilton said she was excited and ready to serve on city council for a second term (CTV News Edmonton/Sean Amato).

“It’s been a hectic couple of months for us,” she told CTV News Edmonton. “It wasn’t easy, but I am really fortunate that I have an extremely supportive family.

“I am looking forward to serving on council with many new colleagues.”