'She was part of our family': Smudge the Fairmont Hotel Macdonald dog dies at 14 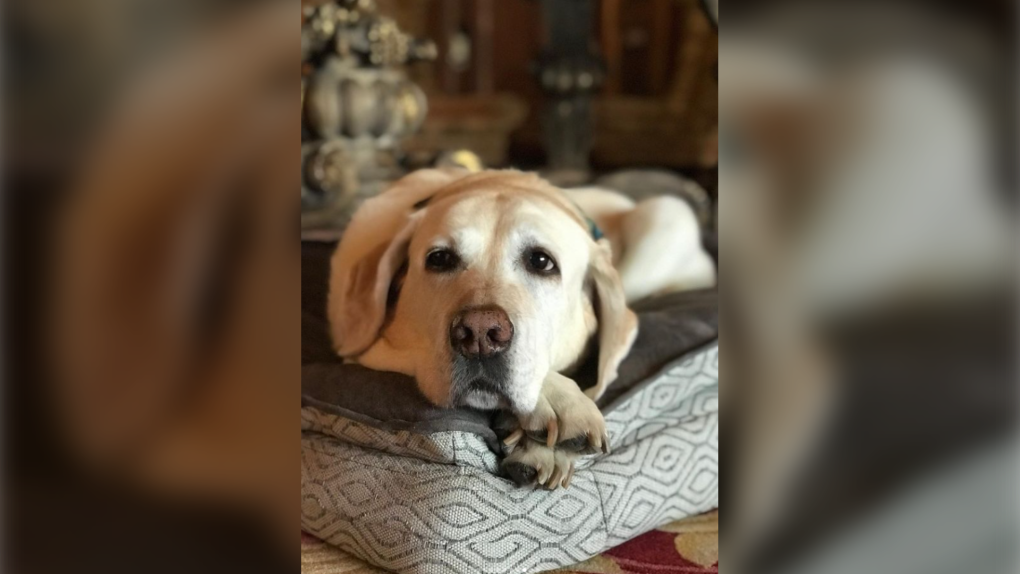 Talking about his dog Smudge, the beloved Labrador Retriever that greeted guests at the hotel for the past nine years, brought tears to Turta's eyes.

"[She was] brought in to give a sense of welcoming and calm into the hotel," he said. "She was really…"

Smudge was paired with Turta and the Fairmont from the Canadian Guide Dogs for the Blind (CGDB) organization while he was working at the Fairmont Algonquin in New Brunswick.

"It was an immediate connection, I couldn't have had a better friend," he said.

The Fairmont's canine ambassador program started in Boston and Vancouver, and slowly became what it is today.

Turta and Smudge went on to work at Fairmont St. Andrews before coming to the Fairmont Hotel Macdonald in 2013.

"Out of the 13 years that she worked with me I would say two to three people who were afraid of dogs," Turta said.

He recalls one time that he left Smudge at home because a group had indicated a guest was afraid of dogs.

"We had so many complaints from the people that were attending that said, 'Where's the dog? We came cause we wanted to see the dog,' so I actually had to go home during the middle of the day to pick her up and bring her in."

He said having Smudge around was so relaxing for guests that he'd often see men in business suits lying on the lobby floor petting her.

"Can't even count it on two or three sets of hands, that's how many times I've seen it. It happens a lot," he laughed. "It's just that warm greeting."

Smudge always knew how to get a snack, it was the Labrador in her said Turta.

"Every once in a while she'd sneak in the lounge too and if someone wasn't watching she'd get a piece of fish or hamburger so that was also funny too, those are the little chuckles that we'll always have."

Turta is also proud of the charity work they did together.He estimates they raised between $25,000 and $30,000 throughout the years.

The CGDB reached out to ask if the Fairmont Hotel Macdonald would like another canine ambassador. Turta said he hopes the hotel continues the program, but said he doesn't know if he personally will participate again because it's "been tough" losing Smudge.