Taggers charged after being caught by Air 1 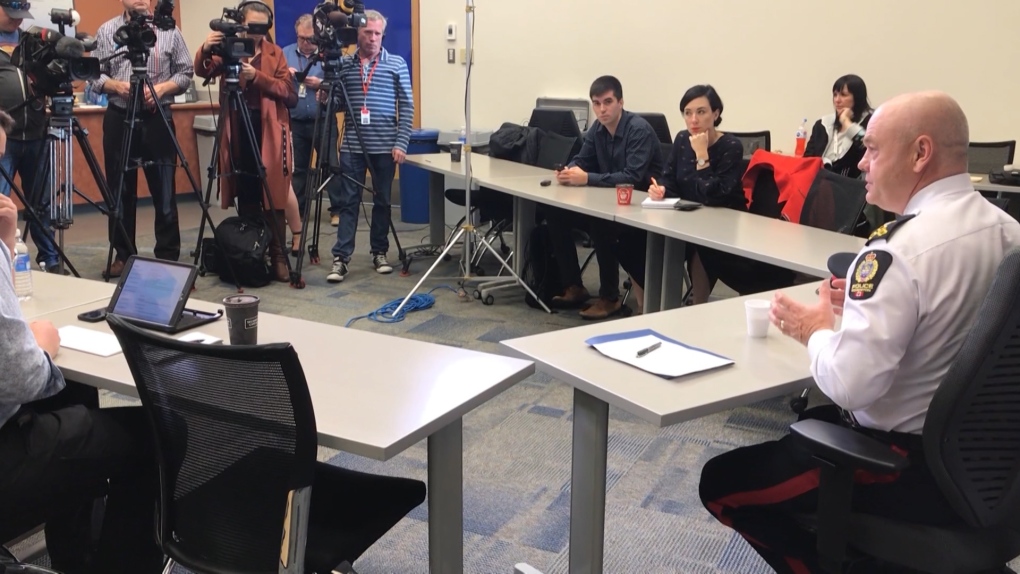 EDMONTON -- Edmonton Police Service caught a pair of vandals defacing a historic building last weekend when officers in the sky happened across the crime in progress.

"I don't think we all expected that, but wow. I mean, good way to catch it," he said Monday, speaking at an event with media.

"The value of Air 1 in some of these things is unbelievable," he added, recalling his own ride in the helicopter soon after joining the force.

"I just happened to witness that night a (break and enter) in progress."

Another time, Air 1 aided ground resources in a police chase.

"Somebody threw the keys out the window. (Air 1) saw that."

Police have not released details about those who were charged, or which historic building they were caught tagging.

However, McFee said graffiti is an issue police are putting constant effort towards.

"There are those people that would say, 'Why are police responding to graffiti? You're chasing graffiti, that's just art.'

"Well that's art until it destroys somebody's property and building and costs them hundreds of thousands of dollars to fix it."

Assisted patrol members with the successful arrest of two suspects graffitiing a historic building last night. They unsuccessfully tried to hide in some bushes, thanks to our technology we safely directed members to their hiding spot and have excellent evidence for court.

With a report from CTV Edmonton's Jeremy Thompson