'The river grabbed me and pulled me under': Edmonton paddle boarder shares near-death experience

'The river grabbed me and pulled me under': Edmonton paddle boarder shares near-death experience

Lindsay Cholod ventured out onto the North Saskatchewan River last weekend for her first paddle of the season but it was almost her last.

"There were no signs of any danger," she said. "Seemed like a normal day on the river."

She set out from Fort Edmonton on Saturday but when she reached the corner to Dawson Park, Cholod said the river quickly changed.

"It got faster, there was more debris in the river," she said.

As she got closer to a dock she noticed it was damaged by the river’s current and was partially submerged.

"I hit the dock, the river grabbed me and pulled me under," said Cholod. "It took me under and dragged me in the undercurrent all the way down." 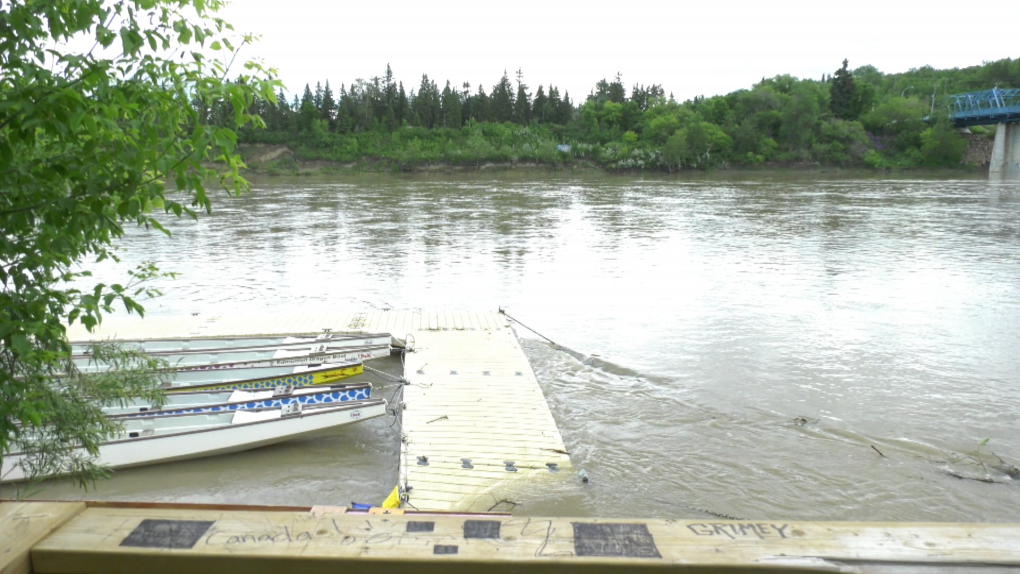 Cholod said she frantically tried to get her head above water.

"I couldn’t because the dock was on top of me. Once I passed the dock then all the boats were on top of me and the last two breaths I took were full of water and it was on that second breath of water where I was like, 'omg I’m not going to make it out of this," she said.

Somehow she managed to get herself out of the situation.

"You’re able to swim, I don’t know how. I had no air in my lungs, I had no energy, but your body just powers through."

"You have to ask yourself, can you self-rescue?" said Bruce McWhinnie, Chief of Special Operations with Edmonton Fire Rescue Services.

"By self-rescue I mean if there happened to be an incident where you separated from the device that you’re on, do you have the ability to get back on it or get back to shore? If you can’t self-rescue, my recommendation is that you stay off the swift water environment."

So far this year EFRS has responded to 42 water rescues. There were 138 last summer including animal rescues, up from 104 during the summer of 2020.

He added that nearly half of the boaters checked were not in compliance with boating regulations.

Boaters are required to have, at minimum, a personal floatation device or life jacket for each person on board, a throw bag, whistle or sound signaling device and a watertight flashlight when traveling in low light conditions.

"This applies to all boaters including those using inflatables such as dinghies, air mattresses, floating islands and tubes," said Haji.

"Wearing that life jacket will keep you afloat in the calm water up top because with a moving body of water like this there’s some turbulence underneath that you’re not seeing. So it looks calm right now and flat but underneath there’s water in motion and rocks and changing elevations underneath that we don’t see," said Jones.

Cholod is an experienced paddle boarder and admits she was overconfident that day on the water.

"And when you’re too confident you become complacent," she said.

She also wants to connect with two women she encountered on shore after her near-drowning.

Cholod doesn’t remember who they were but said they drove her home and made sure she was okay.