A local dog has found a new purpose in his life after getting a job at an Edmonton office.

His owner Meg Maclean said Sully suffers from separation anxiety, and it was affecting his quality of life.

“Sully has been having a really hard time when we’re leaving in the morning,” she told CTV News Edmonton.

“When we leave the house, Sully will do anything in his power to escape and join us, if he does stay in the house he will cry. You can hear his cries from several doors down, it’s quite heartbreaking.”

The family has two dogs in addition to Sully, but Maclean says Sully prefers the company of people.

“He’s super social and gives everyone enthusiastic greetings when they come in, he’s always been wonderful for that.”

So Maclean went online to find Sully a job.

“Just a shot in the dark, I put a post on Reddit asking if anyone was interested in having an office dog, because we always joked that would be the perfect job for him, going from office to office visiting people,” she said.

“I was overwhelmed by the response. It was really, really exciting to see how many people banded together to try and get Sully a job. It ended up being the highest-rated post on Reddit Edmonton for like three days.”

Maclean said Sully got multiple job offers, including from tattoo parlours and cannabis shops, but a neighbour came through with a perfect position. 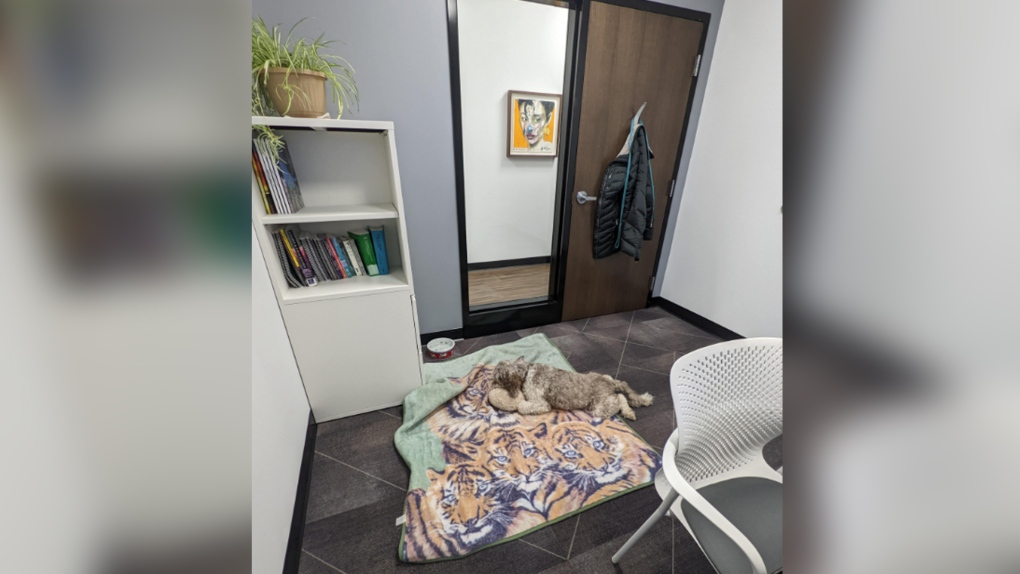 Sully the dog relaxes on the floor of his office. (Credit: Stephanie Reddecliff)

“I saw this Reddit post on the Edmonton subreddit and it was just Meg reaching out about her dog Sully and how he was struggling at home being left alone, and we have a dog as well that suffers a little bit from anxiety so I definitely understand her plight,” Stephanie Reddecliff said.

“I don’t typically do that kind of thing, but I thought I’d reach out and see if my office would be a good fit.”

Reddecliff is a soil specialist for a small consulting company, and already brings her dog Abby to work.

She lives just five minutes from the Macleans.

Sully’s been on the job for two weeks now at Reddecliff’s office, and she says he’s fitting in well with his new coworkers.

“When I take Sully he usually beats me to the front door and if I don’t get that door open fast enough he’s like, ‘Hello, we need to get in.’ So he rushes me in and then he runs straight for our receptionist.”

She says the reaction from her coworkers has been positive too. 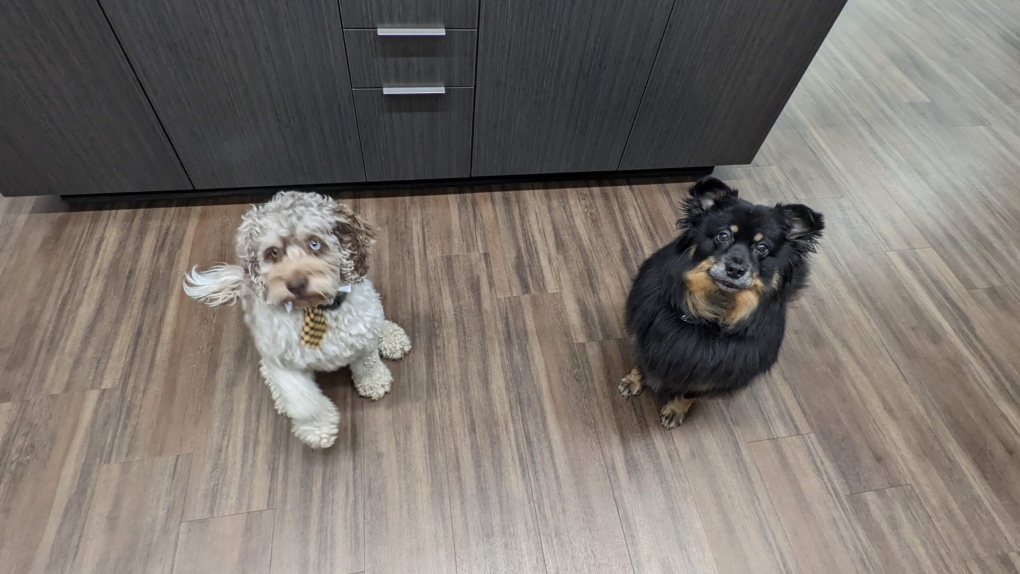 “Everyone there, they love dogs, so seeing a new dog around the office to kind of pet and play with is always welcome.”

“Having the dogs there is definitely good for morale.”

Maclean couldn’t be happier with the arrangement.

“We are so grateful to Stephanie for taking Sully to work with her every day. To be able to offer Sully this better quality of life, he can go greet people, be with people, and does not get upset, meltdown on a daily basis,” she said.