U of A scientists help NASA make new discovery 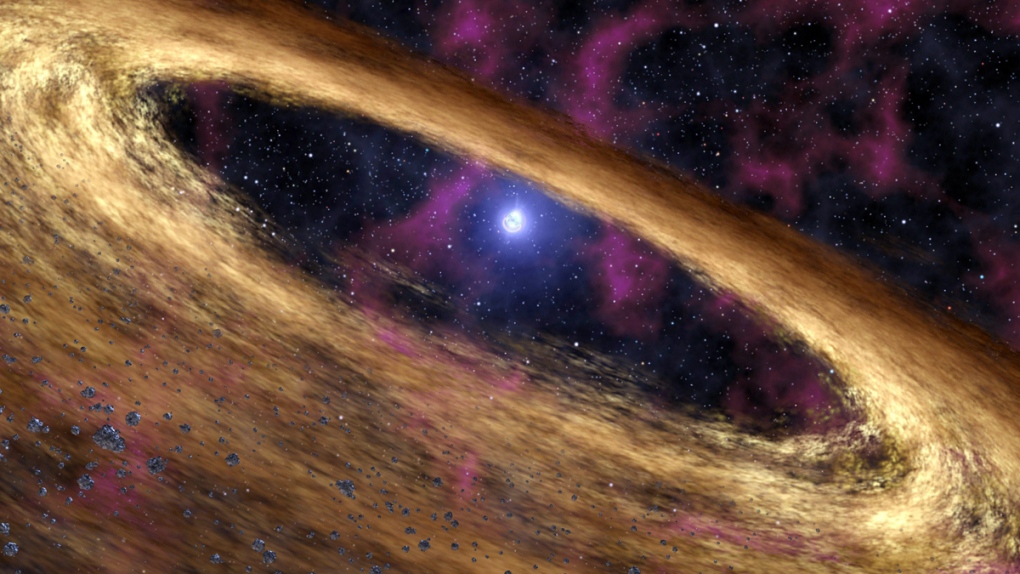 EDMONTON -- NASA now has a better understanding of exploded stars after assistance from scientists at the University of Alberta.

"NICER is measuring the X-rays emanating from a pulsar roughly the size of Edmonton from a distance of 1,100 light-years," said Sharon Morsink, an associate professor at the U of A's physics department. "The distances involved give us just a single pixel of data—which we need to then interpret into an understanding of the pulsar itself."

Morsink and her team developed the software that translated the data NICER collected.

"As it spins, we see the X-ray measurements get brighter and dimmer periodically as the hot spots rotate in and out of our view," Morsink said.

NASA and U of A scientists discovered that the star has 26-kilometre diameter, but weighs almost twice as much as the sun.

"We also found that the magnetic hot spots are all on one side of the star, suggesting a magnetic field similar to a horseshoe magnet—a totally unexpected result that, at the moment, we don’t yet understand the reasons for."

While not all questions have been answered, researchers say they now have a better understanding of the universe.