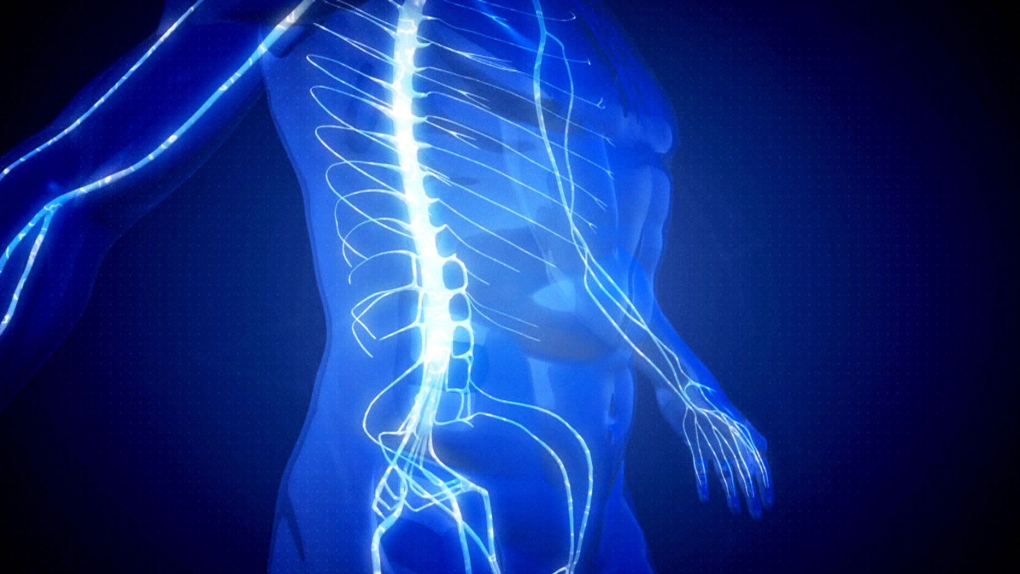 EDMONTON -- A University of Alberta scientist says her research could restore standing and walking functions to those with damaged spinal cords.

Vivian Mushahwar helped develop an electrical spinal implant as well as an improved map of the spinal cord.

"There’s been an explosion of knowledge in neuroscience over the last 20 years,” Mushahwar said. “We’re at the edge of merging the human and the machine."

In theory, the approach could restore standing or walking to those with limited lower-body functions.

We think that intraspinal stimulation itself will get people to start walking longer and longer, and maybe even faster,” said Mushahwar. “That in itself becomes their therapy.”

The next step for Mushawar and her team is to finetune some of the hardware and then seek Health Canada approval for clinical trials.

“Imagine the future,” Mushahwar said. “A person just thinks and commands are transmitted to the spinal cord. People stand up and walk. This is the dream.”