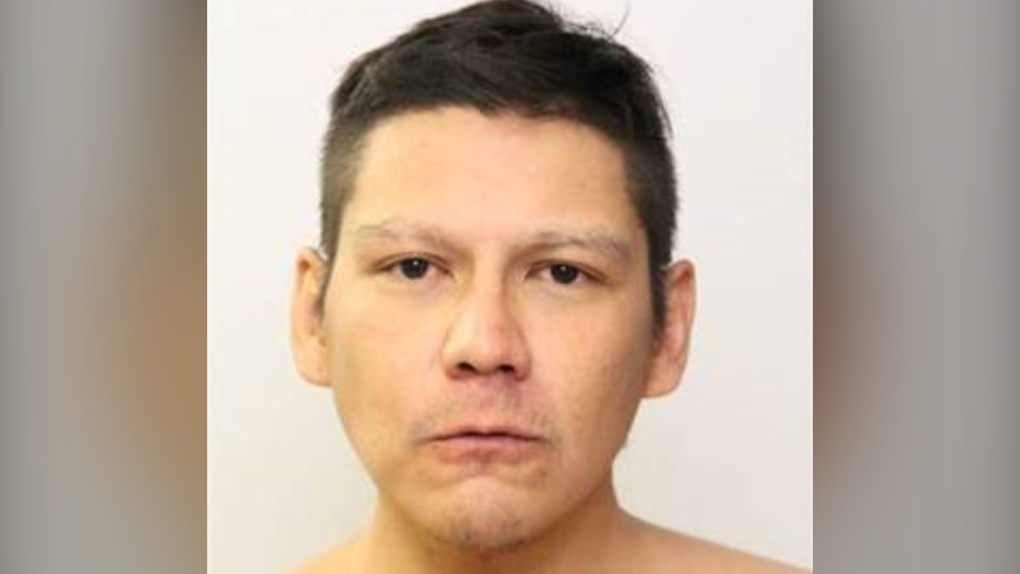 Police have issued several warrants in Alberta and the Northwest Territories for the arrest of a man they believe to be connected to an assault at the Southgate LRT transit station in late May.

On May 26 at approximately 2:30 a.m., police say Cardinal and two other men were evicted for loitering by Edmonton Transit System peace officers.

The group was standing outside the locked west entrance of the LRT station when they gestured for a man to open the door for them, police said.

Surveillance footage appears to show the three men surrounding the man and violently assaulting him before knocking him to the ground.

According to police, Cardinal assaulted the man, kicked him in the face, and knocked him unconscious temporarily. The man tried to escape but was dragged across the pavement and chest stomped.

The man was only able to escape the attackers after another transit user opened and exited the terminal doors.

EPS says Cardinal is also wanted in connection to a different assault that happened approximately one hour after the Southgate LRT station assault took place.

The second assault happened in a stairwell of a nearby high-rise complex in the area of 106A Street and 46 Avenue.