'Welcome to Camp Sedgewick': Alberta students return to class in trailers after school fire in August 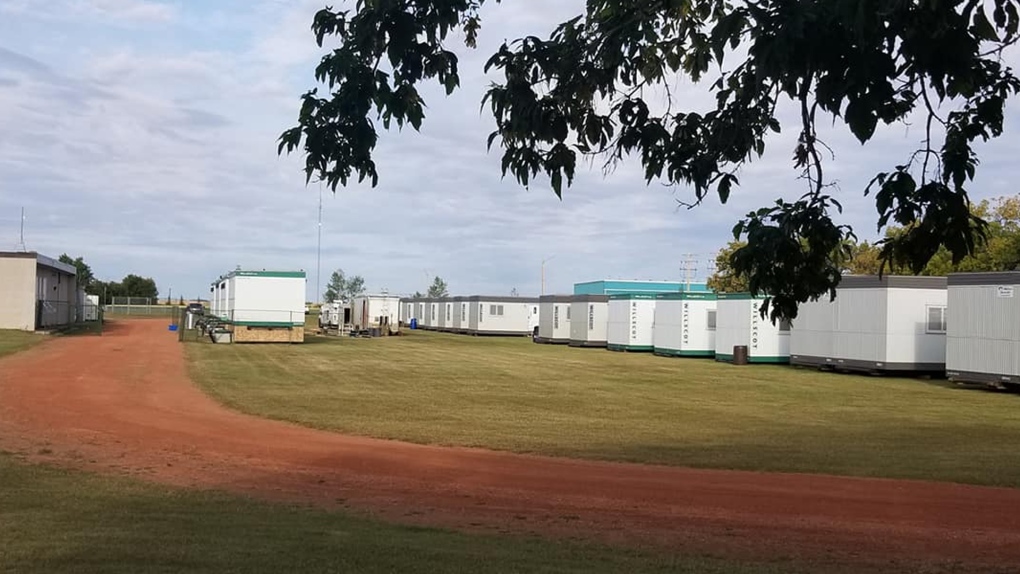 All of the students at Central High Sedgewick Public School were finally able to return to class this week after their school building was damaged by fire in mid-August.

The blaze broke out on the roof of the school on Aug. 14.

At the time, the school board hoped to start school on Sept. 3 as scheduled, but on Aug. 25, the school informed parents that smoke and water damage was more extensive than originally thought.

Damage to the elementary section of the school, one of the gyms and the administration offices was expected to take up to eight months to complete, and air quality issues in the high school and junior high areas as well as the science labs and library were expected to take two months.

High school students returned to classes as normal on Sept. 3 at the nearby recreation centre, but students in kindergarten to Grade 9 were not able to start until this week.

To get the rest of the students back to class as quickly as possible, the school created “Camp Sedgewick” out of portable trailers on the school site, and classes were finally able to start on school grounds for all students on Wednesday.

Each of the trailers is equipped with a watercooler, and the school says there are four bathroom units on site.

About 430 students attend the school.