What happens to wildlife during a wildfire? 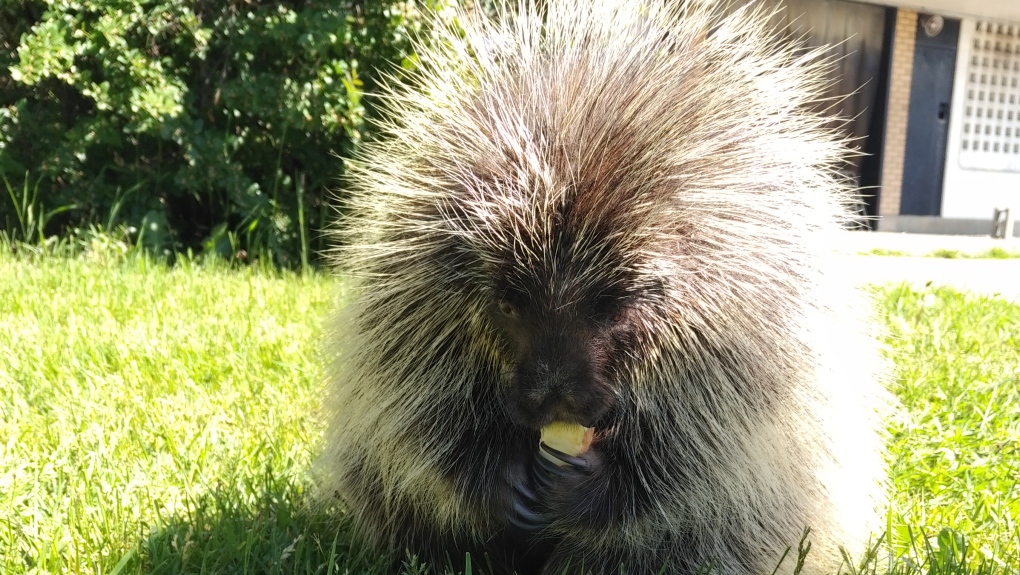 Slow-moving porcupines often struggle to escape wildfires. The porcupine pictured was once someone's pet. It now is a permanent resident at WILDNorth.

“When people are evacuated they’re not out in the forest finding these injured animals. So it’s crews like the animal rescue crew, fire rescue, these are the only people that might come across these injured animals,” said Dale Gienow, director of business development and wild rescue at WILDNorth.

“Studies show us that wildlife for the most part are pretty good at getting out of those areas.”

“When people are evacuated, they’re not out in the forest finding those animals,” he said.

Birds and animals that move quickly, like foxes, elk or bears, are typically able to make it to safety.

“Some of the slower-moving guys things like porcupines and you know, those sorts of creatures, might have more difficulty,” Gienow said.

For slower moving animals, wildfires are often not the only danger they have to face.

“Sometimes the predators do take advantage of these wildfires,” said Gienow.

“They wait for these small animals to flee and then take advantage so in that way the predators make out pretty well in these cases.”

There are also some creatures that stay behind.

“There are different tactics that different animals use to evade the fires. We have burrowing animals that, depending on the intensity of the fire, that might be able to escape getting injured by going underground,” Gienow said.

Animals who do re-locate as a result of wildfires can create other problems.

“The ones that leave are now encroaching upon areas that are already held by other animals so now you have territorial disputes, you have animals entering those areas with animals that are protecting their families so this can cause long-term issues.”

Gienow also said it could take years before wild animals return to areas destroyed by wildfires.

“And they’ll return in a way that they’ll take advantage of what the current growth is,” he said.

“Nature has a wonderful way of sort of replenishing itself and bringing those animals back.”