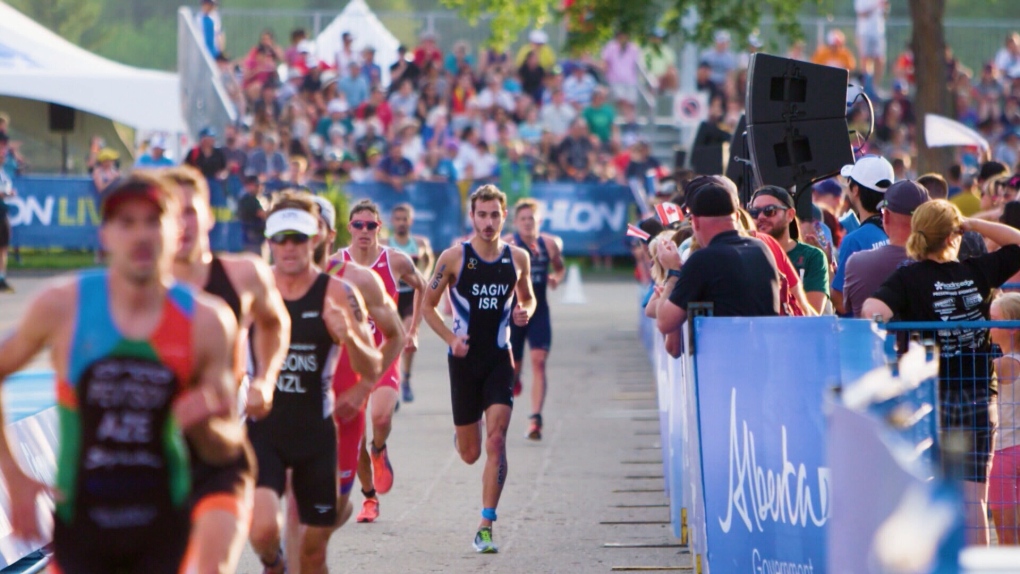 One year after a global pandemic caused the postponement of the World Triathlon Championship Finals in Edmonton, the event will kick off on Aug. 20 -- albeit on a smaller scale than in previous years.

The competition will see roughly 200 elite athletes from 40 different countries attempt to swim, run, and cycle their way to victory in and around Edmonton's Hawrelak Park in four separate races.

Another 800 to 1,000 community participants will take part in triathlon activities over the weekend.

This year's event will look a little different than ones seen in Edmonton in previous years.

Due to concerns over COVID-19, the amateur Age-Group events – which would have seen more than 3,000 international athletes come into the city - will not be taking place at the 2021 triathlon series in Edmonton.

The current plan for the triathlon does not include live spectators, but Bourdeau told CTV News Edmonton on Monday that there is still hope that could change.

"Our plan is currently the bubble scenario," he said referring to the competition's international athletes. "It's going to final approvals, and once that is done we can open the conversation with Public Health Canada around having spectators and public access to the park.

"The past year has been a rollercoaster ride of stops and starts," he said. "Our team has taken great care, time and resources to the safety of our public, our athletes, our officials, our delegates, and our participants."

The competition will come to Edmonton less than two weeks after the Summer Olympic Games wrap up in Tokyo, Japan.

Several Olympians will head to the provincial capital city after the Olympics for the triathlon series, including Canada's own Tyler Mislawchuk, who recently won gold at the World Cup triathlon in Mexico.

"Edmonton is home for me, at least race-wise," the Winnipeg native said remotely from Arkansas, U.S., during the launch event.

"There are not many chances in your career or lifetime as an athlete to race the world championships at home, and this will be a second time for me so really a dream come true," he said. "Hopefully I'll be coming off a good Olympic cycle."

'BRAND VALUE OF THE CITY'

During Monday's official launch, Edmonton Mayor Don Iveson touted the economic impact he said the event would have on the city.

"There's direct and tangible economic impact of athletes and coaches coming and helping to support our hotels and our hospitality economy," the mayor told CTV News Edmonton.

Iveson acknowledged that those financial boosts would be larger if the event was operating at full scale, but also pointed to the positive exposure it will bring to Alberta's capital city.

"I think that there's the knock on in intangibles of the brand value of the city of hosting these major international events and keeping people safe while we do so," Iveson said.

According to event organizers, the elite triathlon events will be broadcast in 150 different countries.

"I think also demonstrating that it is safe to come to the city," said Edmonton's mayor, "and that Canadian and Alberta and Edmonton tourism restart is well underway injects a note of confidence."

According to Bourdeau, cleanup of Hawrelak Park's lake is already underway to ensure swimmable water for when triathletes arrive in Edmonton.

"Every year we work with the city to undertake a water treatment program for Hawerlak Lake," he said. "Through management of the weeds, the waterfowl and lake levels, and lake temperatures, we're able to achieve swimmable quality water by the event."

The World Triathlon Championship Finals will be broadcast live within Alberta on CTV and nationwide on TSN.