1 in custody after police vehicles rammed during chase 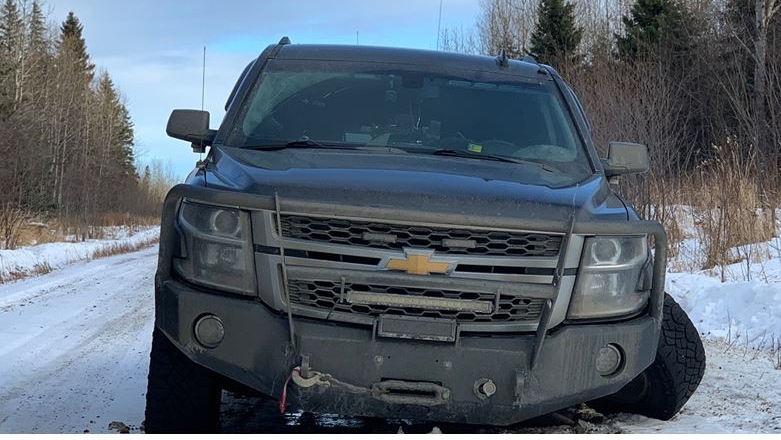 Several police vehicles were seriously damaged during an arrest in northern Alberta on Dec. 24, 2020. (Supplied: RCMP)

Angus Byron Ferguson, 40, was spotted by Beaverlodge RCMP on the Horse Lake First Nation around 11 a.m. on Dec. 24.

Police say Ferguson was wanted on 16 outstanding warrants and is a known offender with a history of violence against police.

Ferguson left the community in a vehicle headed northbound towards Highway 43. Police attempted a traffic stop, but they say he failed to stop, so they started to chase him.

They followed him to the Spirit River area where they were joined by members from the Grande Prairie and Spirit River detachments.

A spike belt was set up in another attempt to stop him.

Officers were eventually able to force his truck off the road.

Police say Ferguson got out of his truck and attempted to steal a nearby civilian vehicle, but wasn’t successful.

A police dog was deployed, and was able to take Ferguson down at about 1:25 p.m., at which point police took him into custody.

He was taken to Grande Prairie Hospital for treatment, and then transferred to the RCMP detachment.

No RCMP officers were injured during the incident, but three RCMP vehicles were damaged to the point that they were not driveable.

Ferguson is now facing 13 criminal charges as a result of the incident, including flight from police and four counts of assault with a weapon.

He will appear in court in Grande Prairie on Jan. 4.