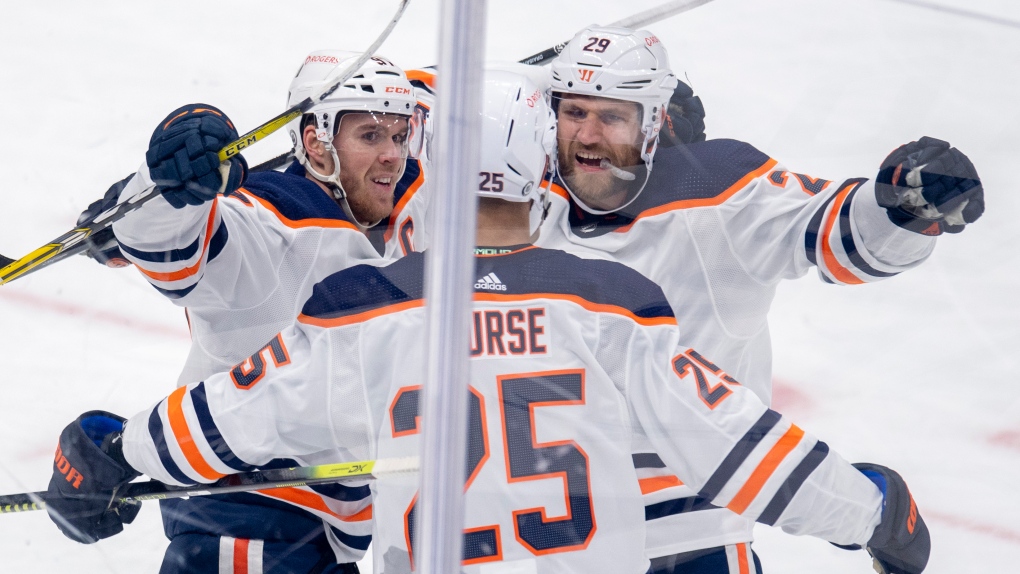 According to the team, Kailer Yamamoto tested positive on a PCR test, confirming a positive result from a rapid test at practice on Friday.

Evan Bouchard, Slater Koekkoek, Brendan Perlini, and goalie Ilya Konavolov are all new additions to the team's growing list of players out of action.

The Oilers are to play the Ottawa Senators at Rogers Place Monday evening. Saturday's match-up against the New York Islanders was postponed.

On Friday, the Oilers said that Connor McDavid, Derek Ryan, and Tyson Barrie are expected to be removed from the COVID-19 protocol list before Monday's game.

War wounds: Limbs lost and lives devastated in an instant in Ukraine

There is a cost to war — to the countries that wage it, to the soldiers who fight it, to the civilians who endure it. For nations, territory is gained and lost, and sometimes regained and lost again. But some losses are permanent. Lives lost can never be regained. Nor can limbs. And so it is in Ukraine.

NEW THIS MORNING | 'Please' before 'cheese': Answers to your royal etiquette questions

Canadians in the dark about how their data is collected and used, report finds

A new report says digital technology has become so widespread at such a rapid pace that Canadians have little idea what information is being collected about them or how it is used.

NATO Secretary-General Jens Stoltenberg said Wednesday that the military alliance stands ready to seize a historic moment and move quickly on allowing Finland and Sweden to join its ranks, after the two countries submitted their membership requests.

Russia said Wednesday that nearly 1,000 Ukrainian troops at a giant steelworks in Mariupol have surrendered, abandoning their dogged defence of a site that became a symbol of their country's resistance, as the battle in the strategic port city appeared all but over.