Alberta International Airshow a go for takeoff in August 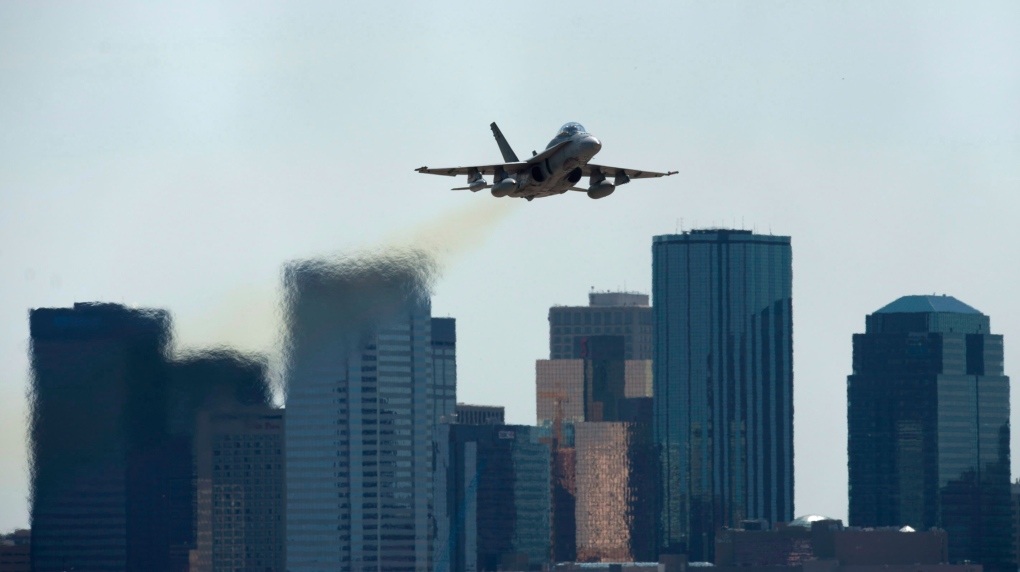 A Canadian Air Force CF-18 Hornet takes off from the City Centre Airport prior to the Edmonton Indy race in Edmonton on Sunday, July 22, 2012. (John Ulan / THE CANADIAN PRESS)
EDMONTON -

Another airshow will be coming to the Edmonton area later this summer.

The Alberta International Airshow, previously known as the Edmonton Airshow, will take place Aug. 20to 22 at the Villeneuve Airport.

The name change of the event was made to reflect the scale of regional and provincial organizers and participants, event coordinator RWE Events said.

Some of the military acts scheduled to perform at the event include the Royal Canadian Air Force CF-18 demo team, the United States Air Force A-10 Thunderbolt II demo and UH-1 Huey search and rescue demo, as well asa flyover from a B-52 and B-1B “Bone” bombers.

Other acts include local pilot Bill Carter, Yellow Thunder, and Mrazek Airshow, with further acts to be announced.

Ticket sales will open on Tuesday for the event.

“The return of the Alberta International Airshow could not have been more timely – showcasing all we have to offer as we reopen,” said MLA for Lac St. Anne-Parkland Shane Getson in a statement. “I join everyone in welcoming all, local, national, and international, to discover the power and promise that is Alberta.”

Tom Ruth, Edmonton Airports president and CEO, said he was pleased to welcome the return of the airshow.

“The Alberta International Airshow is an exciting event for the community, and it attracts tourism to our region and promotes the aviation industry and investment opportunities at Villeneuve Airport and the surrounding area,” Ruth said in a statement.

The Villeneuve Airport is located in Sturgeon County, Alta., on Highway 44, about 10 kilometres northwest of Edmonton’s city limits.

Anti-vaxxers in Quebec could be fined $10,000 for protesting near schools, hospitals

Anti-vax protesters who picket outside hospitals, schools, daycares or COVID-19 test and vaccine sites could face a heavy fine, according to a bill tabled Thursday by the Quebec government.

'We've had patients die waiting for a bed': Vancouver Island doctors frustrated with the unvaccinated

An emergency room doctor in Victoria says patients who are not vaccinated against COVID-19 are causing unnecessary delays and even deaths in the health-care system.

Former Nazi death-squad member Helmut Oberlander has died in the midst of his Canadian deportation hearing.

Scientists in the U.K. are developing a 'potentially significant' treatment for COVID-19 that could be administered to patients in the form of a nasal spray, thanks to the tiny antibodies produced by a llama.

One of the founders of the Taliban and the chief enforcer of its harsh interpretation of Islamic law when they last ruled Afghanistan said the hard-line movement will once again carry out executions and amputations of hands, though perhaps not in public.