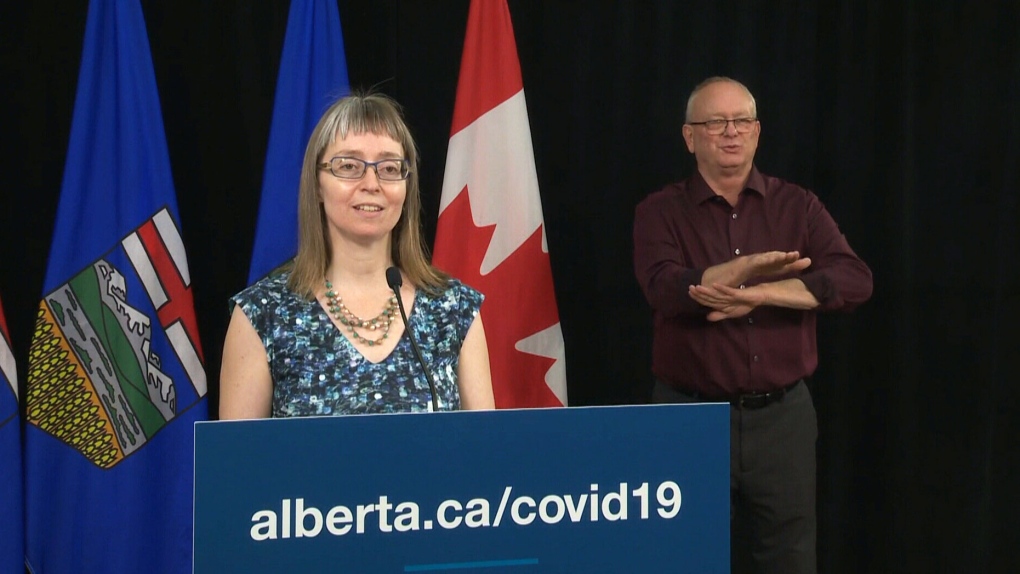 EDMONTON -- Alberta's COVID-19 positivity rate is below five per cent for the first time in weeks, the province's chief medical officer of health reported Wednesday.

Dr. Deena Hinshaw said the labs found just 669 new cases of the disease in some 14,900 tests the day before.

"It's very encouraging to see our positivity rate steadily declining since the peak in December. And I would say that the data that we have indicates that the restrictions put in place in November and December have achieved so far, their intended outcome," Hinshaw commented.

"What is critical at this point is that we maintain enough measures to continue going down as I mentioned earlier, while we have lower case numbers and lower positivity rates. We are still seeing a large number of people still needing hospital and ICU care."

The rate of hospitalization for COVID-19 is much higher than influenza, Hinshaw told Albertans. Over the last five years, the province has seen an average of 1,500 hospitalizations for influenza annually. In less than a year, COVID-19 has sent more than 5,000 people to hospital.

And still, she added, hospitalization rates are too high to reopen non-urgent surgeries, which had begun to be postponed in October. Hinshaw called that decision "entirely dependent on how quickly the burden on acute care is eased."

"It's only when all of those individuals who no longer need care can be safely discharged and we are no longer having numbers coming in from those who newly need care that there be enough capacity in the health care system to resume."

Also announcing 21 more COVID-19-related deaths, the top doctor urged Albertans and their employers – some of whom her department has heard are encouraging close contacts of confirmed cases to come back earlier than the legally required 14-day isolation period – to remain vigilant in following public health guidance.

For several minutes Hinshaw attempted to assure Albertans of the safety and effectiveness of the Pfizer and Moderna vaccines being distributed. Out of more than 95,300 doses administered as of Tuesday, the province has only counted 18 adverse events ranging from allergic reactions to diarrhea and rash.

"I can imagine how frustrating it is to have many people who were doing their best to get that vaccine, only to have the vaccine supply change so quickly after that. Unfortunately, with the numbers that we're seeing right now in terms of the anticipated Pfizer doses that will be coming to us in the next several weeks, we simply do not have enough vaccine to be able to both provide second doses to those who've already received their first and also to offer first doses to additional people."

She said there was planning underway to get a second dose to residents of long-term care and supportive living facilities within the recommended 21-to-28 day interval, and to the rest of those immunized already within the maximum allowable window of 42 days endorsed by the World Health Organization.

"We will be doing everything possible to get the second dose to those individuals, again, within those two time windows."