EDMONTON -- A new study from the Angus Reid Institute (ARI) shows that Albertans are more likely to be struggling with both their mental health and financial situation than other Canadians.

An online survey, designed to measure the impact the COVID-19 crisis has had on Canadians’ emotional and psychological well-being, was held from Apr. 15 to Apr. 17.

The survey used a random sample of 1,912 adult Canadians to break the effects of the pandemic into four categories. 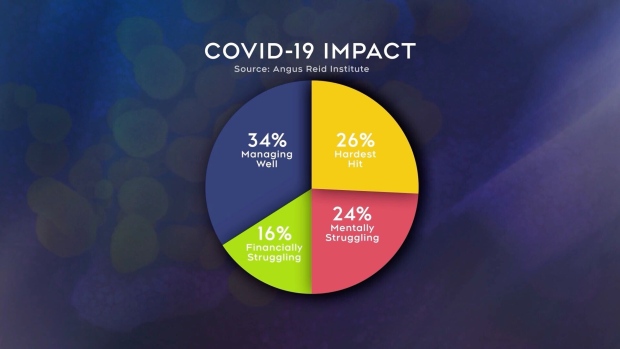 The ARI survey also showed that Alberta has the highest percentage of people in the hardest hit category for all regions in the country. 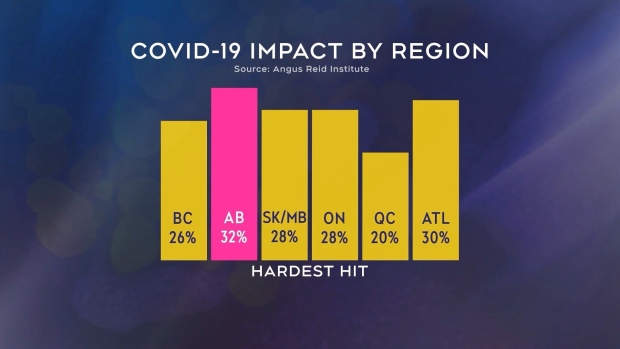 Thirty-two per cent of Albertans are struggling with both their mental health and financial situations.

“Albertans have in the last several years dealt with an incredible amount of uncertainty and question marks as to what the future of their province is going to look like,” Executive Director of the Angus Reid Institute, Shachi Kurl told CTV News Edmonton from Vancouver.

“And you combine that with the realities in terms of the household pocketbook, it certainly combines for that perfect storm,” she said.

Another notable number from the study is the 50 per cent of Canadians who say their mental health is on the decline, with 10 per cent saying it has worsened “a lot.”

“We have known from the beginning of this new reality that mental health was going to be part of the conversation,” said Kurl.

“When we see that 50 per cent of Canadians, half of Canadians are saying to us, that their mental health has worsened or deteriorated over the last several weeks, that is a very significant finding,” she said.

When asked to describe how they’ve been feeling in recent weeks, 44 per cent of Canadians said they were “worried,” 41 per cent said “anxious,” and 30 per cent said “bored.”

Of all Canadians surveyed, three quarters agreed that it’s too soon to lift restrictive measures on businesses and public gatherings in their province.