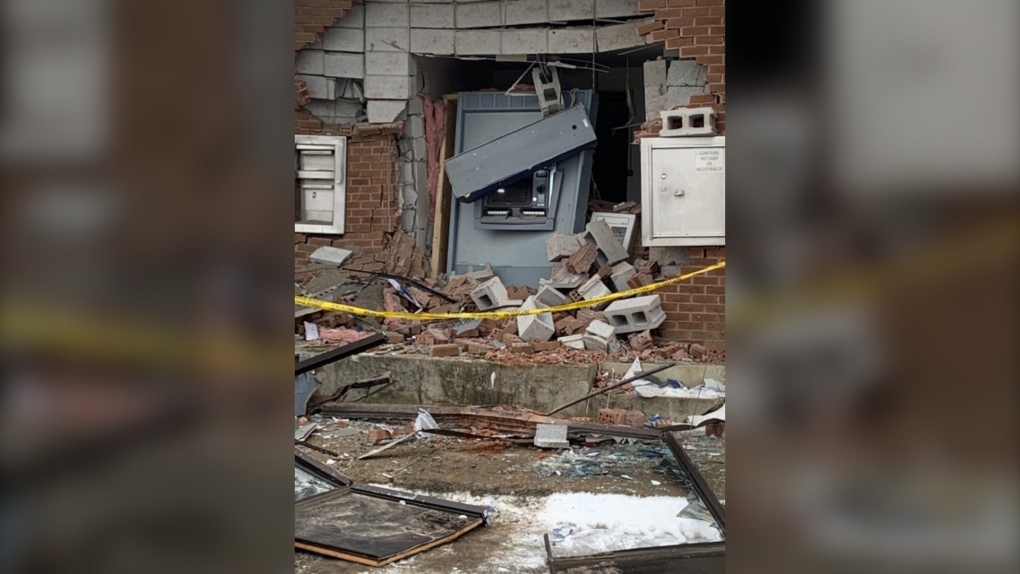 A bank in Sangudo, about 100 kilometres northwest of Edmonton, was the target of a failed robbery attempt Friday morning. (Photo provided.)

EDMONTON -- A small-town bank northwest of Edmonton looks like a demolition scene Friday after a failed robbery attempt with a stolen tractor.

Around 5:30 a.m. on Friday, a stolen tractor was backed into the bank in Sangudo, about 100 kilometres northwest of Edmonton.

Police speculated the would-be thief or thieves tried to break into the ATM.

They were not able to remove the machine or its cash, but caused extensive damage to the Credit Union.

No one was injured.

RCMP said one person is in custody for questioning but no charges have been laid in the incident.