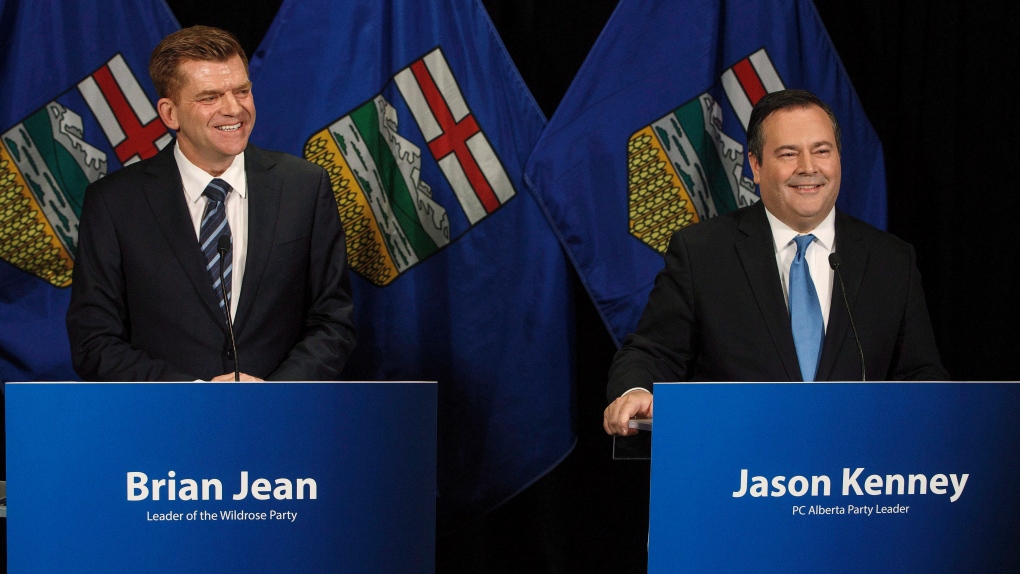 Alberta’s newest United Conservative Party member of the legislature returned to the house Thursday to applause but also to an accusation that he is colluding with the Opposition NDP.

Brian Jean, co-founder of the UCP, won a byelection Tuesday in northern Alberta on a campaign platform urging the party to renew itself by sacking leader and Premier Jason Kenney.

Jean is not to be sworn in until April 5, so he sat in the Speaker’s gallery as a guest of the legislature.

Kenney and government house leader Jason Nixon were not present when Speaker Nathan Cooper introduced Jean, who stood as he acknowledged applause from all sides of the house.

Kenney did not appear at all during question period. Jean said he has not heard from him since Jean's win except for a congratulatory tweet.

Nixon did arrive for question period and responded when NDP Opposition Leader Rachel Notley accused the government of shifting focus on the province's business to secure a majority for Kenney in a leadership review next month.

Notley pointed out that Kenney gave his chief of staff unpaid leave to round up votes ahead of the April 9 vote and that UCP staff are being urged to sign up for phone duty on their off time to elicit support.

“We actually do have big issues to manage in Alberta, but this premier’s No. 1 priority is saving his own job, saving himself from his party, from his MLAs, (and) from the guy up there,” said Notley gesturing to Jean.

“Why doesn’t the premier realize even though it’s called the premier’s office, it’s actually there to serve Albertans?”

Nixon noted that Jean recently said that if he were premier, he would have brought Notley into cabinet on a short-term basis to remove partisan bickering and improve response to the COVID-19 crisis.

“(Notley’s) close personal alliance with Mr. Jean seems to be quite obvious,” said Nixon as both sides shouted insults at each other until the Speaker called for order.

Outside the house, Jean said his focus in the next few days is on getting more party members signed up to vote against Kenney. The cutoff for new memberships is Saturday at midnight.

“I’m encouraging all Albertans to come out ... to say what they want to say about the leadership of the UCP,” said Jean.

The vote is expected to be hotly contested. Party rules state a leadership race must be called if Kenney gets less than majority support. He has said 50 per cent, plus one, will be enough for him to continue.

Kenney has characterized the vote as a potential takeover of his mainstream big-tent conservative party by extremists, including those angry over health restrictions his government brought in during the pandemic.

Former UCP member Todd Loewen criticized Kenney for labelling opponents as extremists. Loewen urged party members to sign up and vote Kenney out to prevent an NDP election win in 2023.

“(This) out-of-touch premier, in a bid to cling to power, continues to fatally divide Albertans and his own party,” Loewen, who sits as an Independent, told the house in a member’s statement.

Loewen and Drew Barnes were voted out of the UCP caucus last year for criticizing Kenney and his policies. Fellow caucus member Leela Aheer was dropped from cabinet following her criticism of Kenney for appearing to flout COVID-19 restrictions.

Both eventually entered Alberta politics. Jean took over as head of the Wildrose Party and Kenney won the Progressive Conservative leadership.

Together, they founded the UCP in 2017, but Jean lost to Kenney to head the new party in a contest stained by accusations of secret deals, colluding candidates and fraud.

When asked if he is worried about voting irregularities on April 9, Jean responded “No comment.”

Jean retired in March 2018 but announced last fall that he was planning to run in the Fort McMurray-Lac La Biche byelection with the intention of getting Kenney ousted.

This report by The Canadian Press was first published March 17, 2022.

Canada recession: It's coming, RBC predicts, but how long will the downturn last?