Cash available to farmers for grain-drying equipment after wet harvest 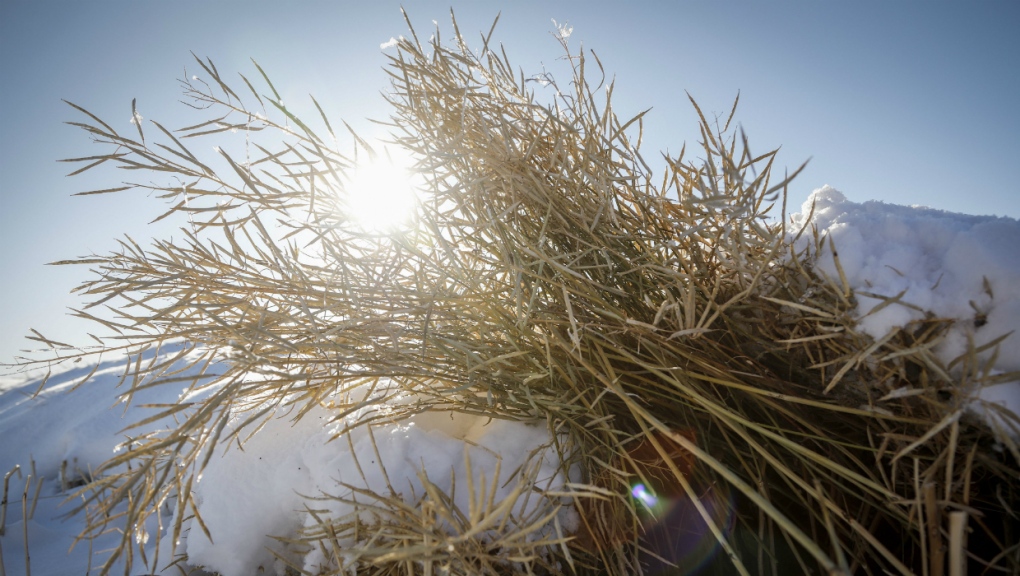 EDMONTON -- Money is being made available to farmers for grain-drying equipment upgrades, likely welcome news following a wet and cold harvest that saw less than 60 per cent of crops in Alberta taken off the field by Thanksgiving.

Producers can apply to the Efficient Grain Dryer Program to have up to half their costs covered for eligible equipment purchases since April 1, 2018.

Alberta Finance Minister Travis Toews called it "(meeting) producers half way" at an anouncement in Clairmont, in Grande Prairie County, on Monday.

"There's no government program that is going to nearly fully offset the loss incurred and challenges of a tough fall, but we're a government that recognizes the importance of agriculture, totally recognizes the contribution that agriculture makes to our economy, but maybe even more importantly, to rural communities."

An estimated 10 per cent of crops remain on Alberta fields, according to the province's last crop report of 2019.

The report concluded 2019 was a year complicated by weather: a lack of rainfall in southern and eastern parts of the province, excess moisture in the rest of the province, a cold fall, and early snowfall.

At Oct. 15, harvest was lagging 17 per cent behind five-year averages.

"Harvest operations started then halted numerous times and many areas were taking off tough and damp grain just to get it off the field. As a result, increased time and input costs for drying grain, moving grain from bin to bin or piling it on the ground is common along the foothills and northern areas of the province," the report notes.

"The remaining crops are now snow covered with reports of standing crops lying flat which creates considerable challenges to pick up. Swaths are in somewhat better shape, but either way producers will face losses to both yield and quality and cleaning up the acres left out in the spring will be no small task."

Currently, the Peace Region has the most unharvested acres at 32 per cent.

"It always is that compounding issue of more crop is left out and you're getting delayed in spring, and it's just that domino effect of making it harder and harder to get everything off."

His ministry estimates the carbon tax, when it is full implemented at $50/tonne in 2022, will increase electricity, drying, heating, rail and trucking costs for producers by $3.80.

"That's something that again is an added extra cost to farmers."

The Efficient Grain Dryer Program is funded through the Canadian Agricultural Partnership, a $3-billion commitment over five years by federal and provincial governments.

Applications are not yet open.

The government said it was still working on the details of the eligibility requirements.