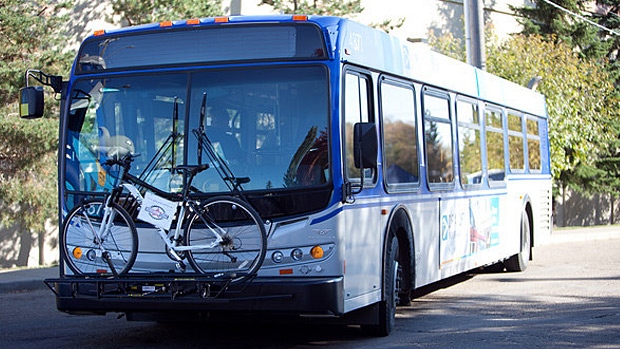 An Edmonton Transit bus is pictured in a supplied photo from the City of Edmonton website.

Back in April, officials from the federal, provincial and municipal governments announced $43.1 million in funding to go towards adding electric buses to the city’s fleet.

On Thursday, the city said the competitive procurement process had wrapped up, and supplier Proterra was awarded the contract to provide the 25 new buses.

The California-based company will supply the city with two electric buses for infrastructure and charging verification.

The 25 new buses are expected to be put into regular service in the summer of 2020.

Aside from paying for the new buses, the funding will be used for charging and facility infrastructure at the new Kathleen Andrews Transit Garage.