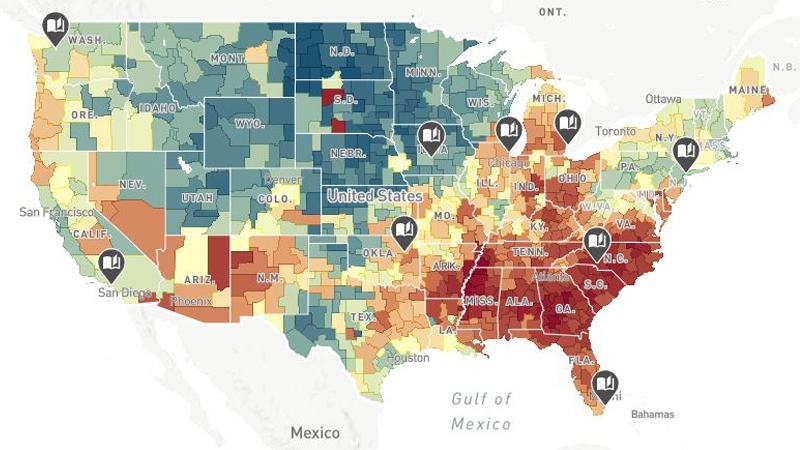 Darkhorse Analytics, an Edmonton company, built the tool to display the data for the Opportunity Atlas. (opportunityatlas.org)

An Edmonton analytics company built a tool to visualize a data project that shows how each American neighbourhood shapes the economic success of a child’s future.

The institute’s opening project is the Opportunity Atlas. It features an interactive map—designed and developed by the local Darkhorse Analytics—that shows how much money people who grew up in every American neighbourhood make now on average.

The U.S. Census Bureau data comes from 20 million Americans who are in their mid 30s today. The project focused on where the people grew up—not where they live now.

“The chance to work on a project that actually has some impact in the world—that’s looking to make the world a better place—always makes that project far more appealing,” Darkhorse Analytics Director Joey Cherdarchuktold CTV News. “This isn’t something that just looks cool, but this is something that could help change lives.”

The Opportunity Atlas has received a lot of attention in the United States. Cherdarchuk, who was the project lead in Edmonton, is proud that the local company was chosen to display the data.

“It goes to show that we have some of the best people in the world. We have some phenomenal developers and designers who are able to do things that can have an impact on the global stage, and not just within our city.”