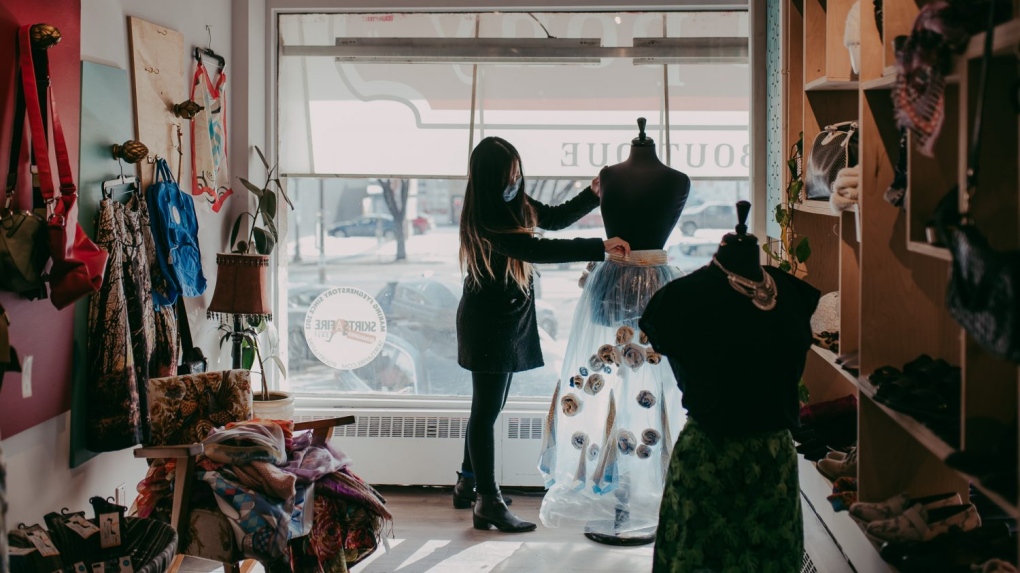 A multidisciplinary arts festival in Edmonton featuring women and non-binary artists is returning to an in-person event to celebrate its 10-year anniversary.

SkirtsAfire is a 10-day event packed with interactive installations and live performances for all Edmontonians to experience.

Annette Loiselle, the artistic director, said this year's mainstage production at the Westbury Theatre is their biggest one yet.

Ayita by Teneil Whiskeyjack will open to the public on Thursday.

“Teneil, the creator, is bringing the stories of her ancestors to life. That’s a big 10-year marker for us,” Loiselle said.

On top of the performance, the old Army and Navy space on Whyte Avenue has been transformed into a visually interactive venue with large installations. Loiselle said it opens on Friday.

“What we’ve created in this space here is a cabaret theatre essentially,” she explained.

“There is theatre and music and dance and spoken word and visual art and interactive art and comedy and cabaret. We kind of do a lot, but essentially it’s featuring and uplifting underrepresented voices.”

Since the inception of the festival, a staple has been the skirt design challenge and this year's theme is called 4 Directions.

According to Loiselle, nine artists have been chosen to design one of four window displays at participating retailers in Old Strathcona with a skirt as the centrepiece.

She said each window will be either red, white, yellow or blue in colour and the display will be crafted entirely out of upcycled materials that would otherwise end up in the landfill.

The theme represents the different stages of life, from birth to death and spring to winter, Loiselle added.

QR codes will be placed on the window displays so people can grab a coffee and learn as they stroll through the neighbourhood.

While COVID-19 safeguards will be incorporated, Loiselle said a digital version of the mainstage play will be offered as well.

The festival runs until March 13. For more information or to buy tickets, click here.