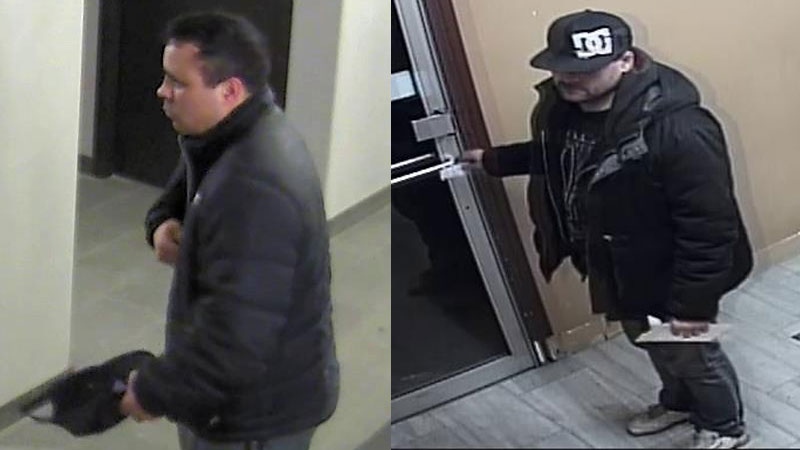 EPS released stills from surveillance footage showing two suspects believed to be involved in a series of break and enters. Supplied.

Police are warning Edmontonians to be cautious, after a number of recent break and enters at parkades in the city’s northeast and northwest.

According to Edmonton Police Service investigators, there have been five overnight break and enters reported since Wednesday, February 24 in the communities of Belvedere, Clareview Town Centre, Schonsee and Anthony Henday Lake District.

In three of those instances, storage lockers were also broken into.

In addition, police said eight break and enters into parkades were reported in the Hudson, Pembina, and Baranow neighbourhoods.

Two suspects have been identified in connection to this investigation:

The first suspect is described as:

The second suspect is described as:

The suspect was wearing jeans, a black hooded jacket, and a black baseball hat with a white DC logo.

EPS said there are two vehicles believed to be involved in these incidents – they’re described as a silver Jaguar S-Type and a damaged Nissan Maxima, dark blue in colour.