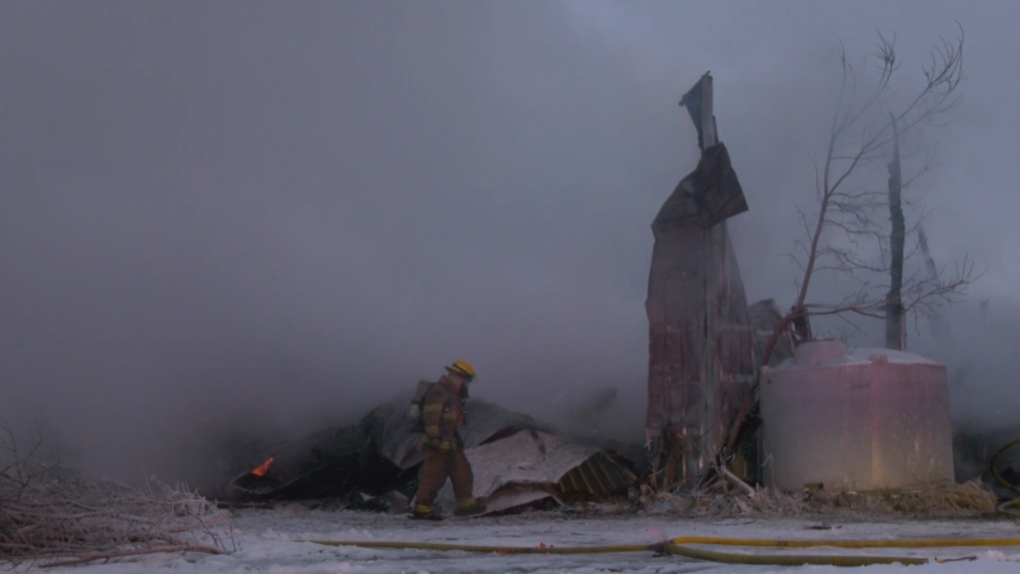 A farm workshop was destroyed in a fire west of Edmonton Nov. 28.

EDMONTON -- Smouldering ruins are all that is left of an unheated workshop on a farm following a fire south of Stony Plain on Thursday.

Two stations, sending about 20 firefighters, responded to the farm near Range Road 280 and Township Road 520 at approximately 2:30 p.m.

Cornforth said they would need heavy equipment to pull the building apart and fully extinguish the fire.

Firefighters expected to be there until 7 or 8 p.m.

"It's very cold, so we're making sure don't have frostbite," Cornforth said.

"For the firefighters, first off, it's safety. It's cold, it's slippery, we've got water on the ground, lots of its. So we're making sure we rehab our crews to get them out of the cold and get them into some heat to let them warm up. But we're being mindful."

The cause and damage estimate are unknown.

No one was hurt.