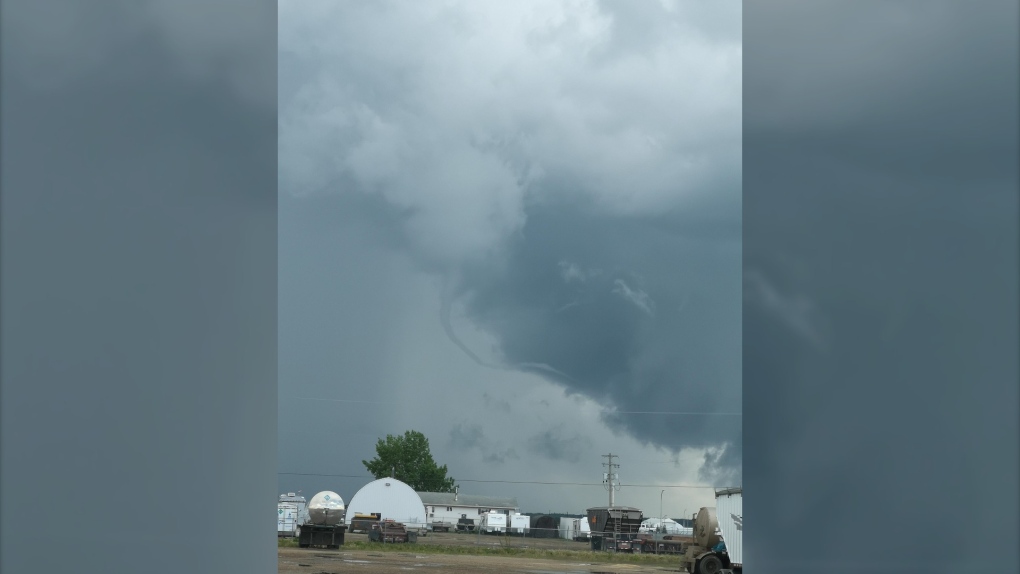 The storms over Edmonton have weakened and no longer pose a risk of flooding or large hail. A few storms outside the city still have the potential to produce severe weather. Those regions will likely have their warnings ended in the by 7:30-8 p.m.

Thunderstorms are clearing out of the south end of the Edmonton Metro Region as they continue to push north.

The storms should be out of the city (north of Anthony Henday Drive) by 6:30 or 7 p.m. There isn’t much developing behind these storms, so, aside from a couple of isolated showers, it should be a relatively quiet (and much drier) evening in most of the area.

The storms have been producing pea-sized hail and some localized flooding in the region, with the worst of the storms hitting the Spruce Grove and Stony Plain areas, and the east side of Edmonton.

Tune in to CTV News at 5 and 6pm for the latest and stay on top of the severe weather alerts 24 hours a day with the CTV Edmonton Weather App.

This is an earlier update of this story:

Edmonton and surrounding areas are under a Severe Thunderstorm Warning.

The funnel cloud advisory for the region remains in effect as well.

This type of funnel cloud isn't usually strong enough to touch down and become a tornado.

Thunderstorms with the potential to produce heavy downpours -- with the risk of localized flooding -- hail and damaging wind gusts will move through the area over the next 1-2 hours.

The storms are moving into the area from the south and heading almost straight north.

The funnel cloud advisory zone stretches from Drayton Valley east to the Saskatchewan border and from Westlock and Lac La Biche regions south to the Red Deer/Ponoka area. Wednesday afternoon, it was expanded to include Grande Prairie and area.

Rotation in weak thunderstorms today will probably produce one or more funnel clouds in central and north-central Alberta. The threat of a tornado is low, but it's not zero. With this type of setup, you don't normally get anything more than some great pictures of funnels. But, there is a very low threat of a weak landspout tornado.  We had a couple of these develop last summer.  They're much weaker than the tornadoes most people think of. So, they generally produce minimal damage and don't stay on the ground for long. When you're under a funnel cloud advisory, you should be alert, but not alarmed.

This advisory doesn't mean the region is at a greater risk of severe thunderstorms today. CTV News Edmonton's Chief Meteorologist Josh Classen says thunderstorms will likely be scattered across central and north-central Alberta. But, the risk of severe storms is relatively low.