Environment and Climate Change Canada warned of freezing rain throughout Thursday morning in and beyond the capital region.

At 8:30 a.m., local RCMP said officers had been called to "multiple" collisions on Highway 16 east of Edmonton in Strathcona County, on Highway 16 west of the capital city in Parkland County, and on Highway 44 in Sturgeon County. There, a multi-vehicle pileup near Township Road 540 was the cause of traffic delays. It's not known how many people were involved or if there were any injuries. 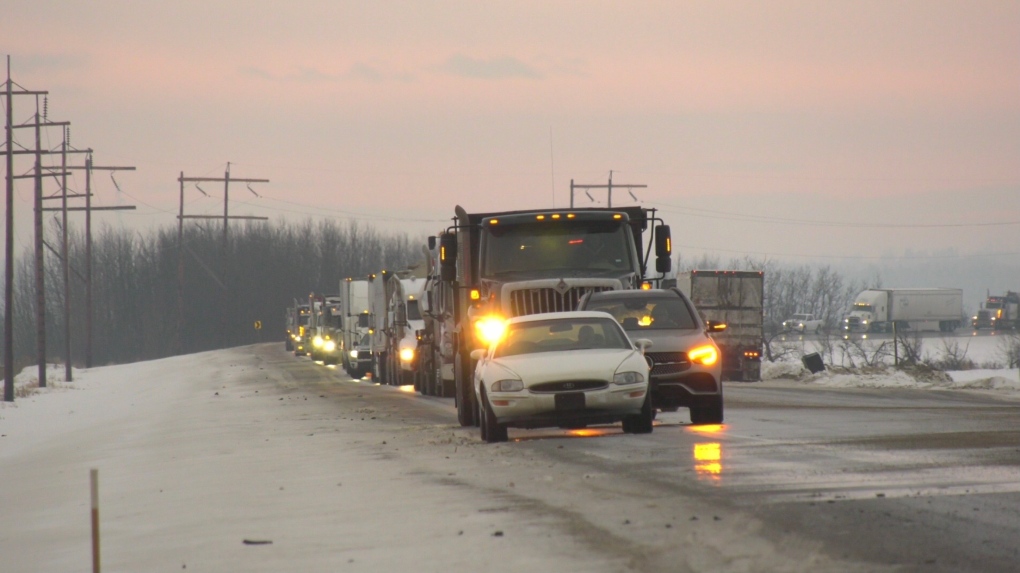 Multiple vehicles were involved in a crash on Jan. 13, 2022, on Highway 44 south of Township Road 540. That morning, freezing rain fell throughout the capital region.

"Periods of freezing rain will change over to snow later this morning," the warning from Environment and Climate Change Canada read.

"Surfaces such as highways, roads, walkways and parking lots may become icy and slippery. Take extra care when walking or driving in affected areas. Be prepared to adjust your driving with changing road conditions."

By 4 p.m., 123 crashes were reported to Edmonton police, four of which left someone injured. The large majority caused property damage. 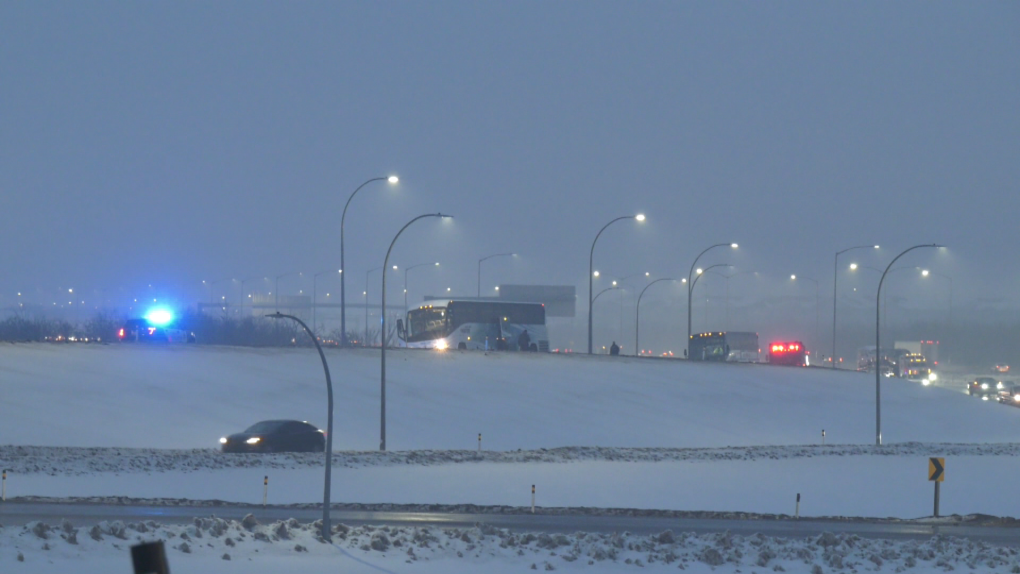 Crews work to free a ditched bus at the 97 Street ramp to Anthony Henday Drive on Jan. 13, 2022. That morning, freezing rain fell throughout the capital region.

The warning was issued for areas as far west as the municipal districts of Big Lakes and Greenview, and as far east as Lloydminster and Wainwright. Alerts were issued, too, for communities as far north as Westlock and Athabasca and as far south as Rimbey and Pigeon Lake. It was ended by Environment Canada around 1:55 p.m.

Hwys east and northwest of Edmonton are reported as covered ice to partly covered ice, freezing rain with snow and ice on shoulder in areas. Snowplows are out, please give them room to work. Drive with caution until conditions improve. (7:24am) #ABRoads #yegtraffic pic.twitter.com/UhJTYy7Zio

Yeahhh. You’re not going to be going to work today for a long time Fort Sask. #hwy21. #YEGtraffic pic.twitter.com/m8MYdc3dA6