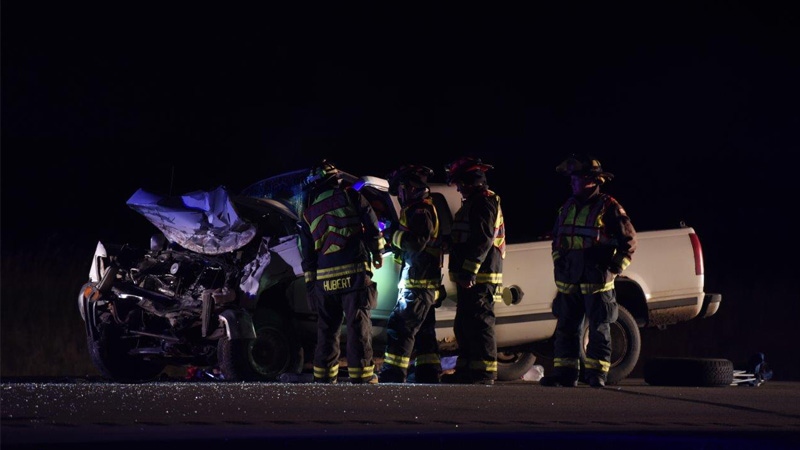 The 29-year-old driver of a pick-up truck died after he hit the back of a vehicle on Highway 34 near Grande Prairie on Sunday, September 3, 2017. Photo: William Vavrek.

A Drayton Valley man is dead after a two-vehicle collision near Grande Prairie on Saturday night.

Mounties assisted firefighters when a semi-truck caught fire on Highway 43 and Range Road 52 at approximately 11:50 p.m., and while both crews were still on scene, RCMP learned of a collision between a pick-up truck and another vehicle at the end of the traffic line.

The 29-year-old driver of the pick-up truck was killed in the crash.

Next of kin have been notified, and his information will not be released.

RCMP is investigating the cause of the collision.