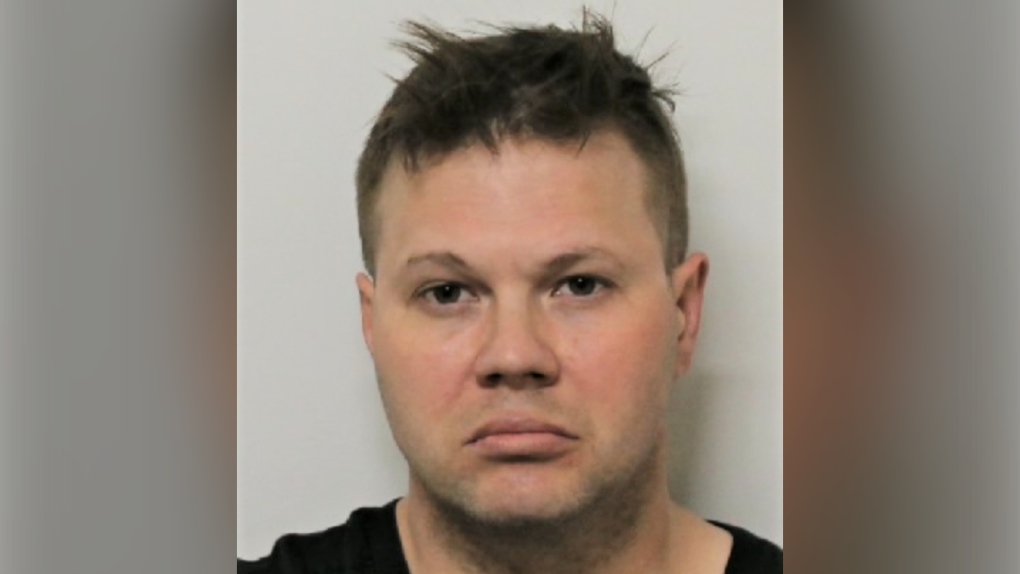 RCMP released a photo of Jeb Trim, 40, after he was charged in what they called a "grandparent scam" (Source: RCMP).

A 40-year-old man from Calgary is facing a fraud charge after Mounties allege he collected thousands of dollars as part of a "grandparent scam" in Strathcona County.

"On May 9, the victim received a call from a male claiming to be their grandson who needed $8,000 US for bail money," Const. Chantelle Kelly wrote in a Thursday release.

"Another male claiming to be a police officer corroborated the story and advised their grandson had been arrested for drug possession and required bail money before being released from jail."

RCMP allege a man went to the home of the victim and collected the money, before it was realized it was a scam.

"The following day (the victim) received another phone call requesting additional money and arranged another pick up at the residence. The victim contacted police to report the scam," Kelly explained.

RCMP arrested Jeb Trim of Calgary and he was charged with fraud over $5,000.

Police shared a photo of Trim because they believe he may have defrauded other people.

Trim was released from custody but is scheduled to appear in Sherwood Park Provincial Court on June 1.

RCMP released tips on what to do if people call you asking for money: