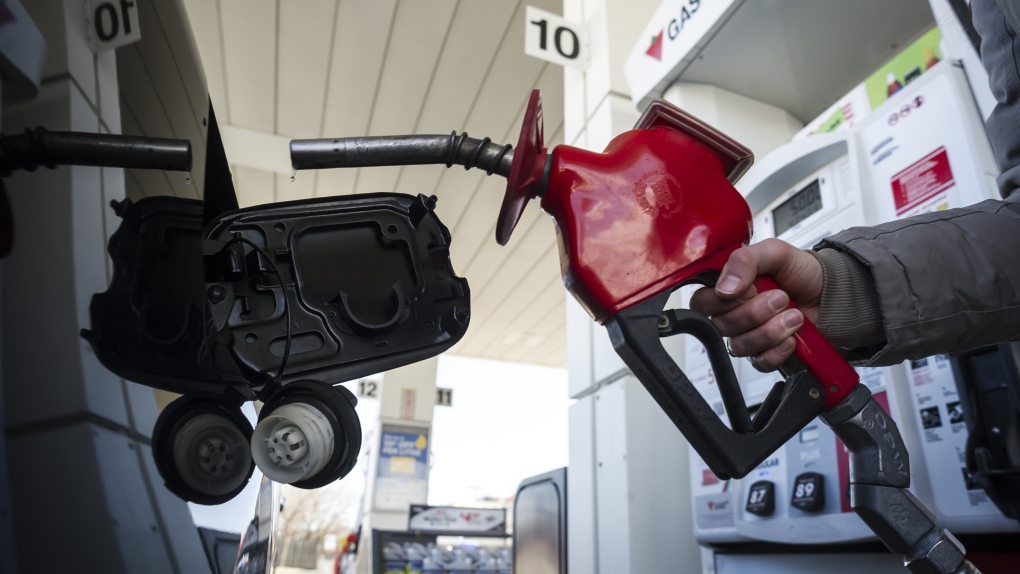 A woman fills up her car with gas in Toronto, on Monday, April 1, 2019. THE CANADIAN PRESS/Christopher Katsarov

Some Albertans woke up Friday to hundreds of extra dollars in their bank accounts.

The cash is the first instalment of the climate action incentive payment (CAIP), a tax-free payment meant to offset the cost of Canada's carbon pollution pricing in provinces that do not have their own carbon tax program.

Previously, the rebate was paid out on an annual basis, claimed as a refundable credit.

July marks the start of it being paid quarterly, with a first "double-up" payment to reflect the first two quarters.

Going forward, the quarterly payments in October and January will be half the amount paid in July.

The amounts also differ from those dispersed in Ontario, Manitoba and Saskatchewan, the other provinces that do not have their own carbon tax programs, although the amounts paid to Saskatchewan residents is very similar.

Canadians do not need to apply for CAIP. Instead, they will receive it so long as they file their tax returns.

Residents of small and rural communities may also be eligible for an extra 10 per cent.

The federal government says in provinces where residents receive CAIP, most households will receive more money than they pay in carbon pricing. It estimates the cost impact on the average Alberta household is $700, while the average household is expected to receive $1,038 through CAIP.

However, a Parliamentary Budget Officer report in March, which compared the rebate to the direct and indirect costs of Canada's climate policies, found higher-income households are likely to see a net cost because their higher level of spending is more carbon intensive. The study estimated the average Alberta household would pay $671 more than it received back over 2022-23.