Hydrogen will play a critical role in Canada's goal of achieving net-zero emissions by 2050, according to two reports from the University of Calgary released on Thursday.

The reports explore how energy produced from hydrogen can be used to help bridge today's fossil fuels-based systems and complement renewable power sources like wind and solar.

"We know now that energy efficiency is a key strategy, clean electrification is a key strategy, but they're not enough together," Chris Bataille, an industrial decarbonization specialist and one of the reports' authors, told CTV News Edmonton.

"We know we need to switch to other fuels and biofuels and a couple of other things," he said. "But hydrogen is a key strategy as well."

Bataille said hydrogen can do a lot of the same things natural gas can, but can be made using two clean methods. 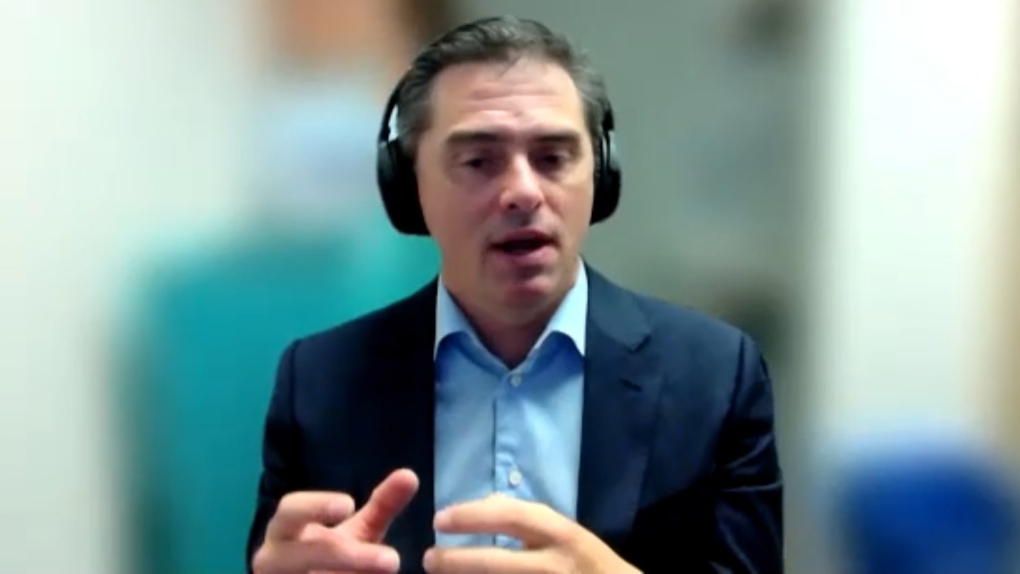 "But eventually you want to start thinking about taking it into the electricity sector," said Bataille. "Blending it with natural gas in the combustion turbines that are used to make electricity and eventually completely switching them."

One of the two reports that were co-authored by Bataille states that "Alberta has many advantages that make hydrogen feasible as a pathway to decarbonizing its power grid."

"First, the steam and combustion turbines that are powered by natural gas today to produce electricity in Alberta can be adapted to use hydrogen. Second, Alberta has vast amounts of natural gas that can be used to produce hydrogen, and ample geology for underground carbon capture and storage for the greenhouse gases emitted in producing hydrogen," the report reads in part.

"And third, in periods where the province’s renewable energy sources produce excess electricity, that power can be used to produce hydrogen, which can be stored for later use when renewable energy is less available."

In June, a major hydrogen production company, Air Products Inc., signed a memorandum of understanding with all three levels of government to invest $1.3 billion to build a net-zero hydrogen energy complex just east of Edmonton.

The site would produce hydrogen-fueled electricity and liquid hydrogen for international markets.

According to Air Products Inc., if all goes to plan, the "landmark" site would be operational by 2024.

The province's strategy includes the goal of exporting hydrogen globally by 2040.

"Absolutely critical in my mind to a clean and stable transition for Alberta and Saskatchewan is get your fugitives under control," said Bataille.

Bataille pointed out that methane that is not combusted is a 30 to 100 times more powerful greenhouse gas than CO2.

He said the process of reducing methane emissions is labour intensive but technically speaking easily done.

"One of the key things the Alberta government could get into right away, probably fairly uncontroversially, is to dramatically reduce those fugitives."

Two children are dead and six others are injured after a Laval city bus crashed into a daycare Wednesday morning. The driver of the bus, a 51-year-old man, has been arrested and faces charges of homicide and dangerous driving, police say.

NEW | 'There are no words': Laval daycare bus crash prompts outpouring of condolences on Parliament Hill

Condolences are pouring in on Parliament Hill after a Laval, Que., city bus crashed into a daycare on Wednesday morning, with federal politicians of all stripes expressing their sympathies with the families affected and gratitude to the first responders.

The Bank of Canada released a summary of its Governing Council meetings on Wednesday, providing the public and financial institutions with more insight into the central bank’s decision to raise its key interest rate on Jan. 25.

An 'awkward' attempt at a handshake between Alberta Premier Danielle Smith and the prime minister Tuesday is another example of leaders from the western province hesitating before shaking Justin Trudeau's hand, say political experts.

Killer whale mothers take care of their sons much longer than their daughters. This could be why

The sacrifices female killer whales make for their sons well after they are weaned is negatively affecting their reproductive health, according to new scientific research.

With hope of finding survivors fading, stretched rescue teams in Turkiye and Syria searched Wednesday for signs of life in the rubble of thousands of buildings toppled by the world's deadliest earthquake in more than a decade. The confirmed death toll approached 12,000.

Turkiye-Syria earthquake: How to give to rescue and recovery efforts

In the aftermath of the deadly earthquake that struck Syria and Turkiye, Canadians are donating money and supplies to rescue and relief efforts there. CTVNews.ca rounds up ways you can contribute to charities based in Canada and abroad.