'I am one in eight': Twyla Campbell sharing her cancer journey

They are words no one wants to hear in a medical office, and Twyla Campbell was no exception.

Campbell was diagnosed with breast cancer earlier this year.

"I didn't realize how isolated I would feel upon getting this diagnosis. I had no idea what to expect," she told CTV Morning Live Edmonton's Stacey Brotzel Wednesday. "I was so scared to tell people, even in my family. I don't think I wanted to admit it. If I said it out loud then that meant I really had to start dealing with it."

After several months of carrying the burden alone, Campbell began to share her diagnosis with those close to her.

"The support that I received was monumental and it made me wish I had talked to people sooner rather than carrying the load myself," she said.

Campbell is also sharing her journey and experiences on her popular blog, weirdwildandwonderful.ca .

"I'm surprised by the support I received when I finally did become public," Campbell said.

She hopes her honesty about the physical and emotional challenges she is facing will help others.

"Our silence is killing us," Campbell wrote on June 25. "Making it through whatever it is that constitutes your hell—cancer, divorce, depression, grief, death, infidelity, addiction, abandonment, abuse, injury—takes more than staying positive. It requires energy from people to check in on you. It takes selflessness in a time when self-absorption is at an all-time high." 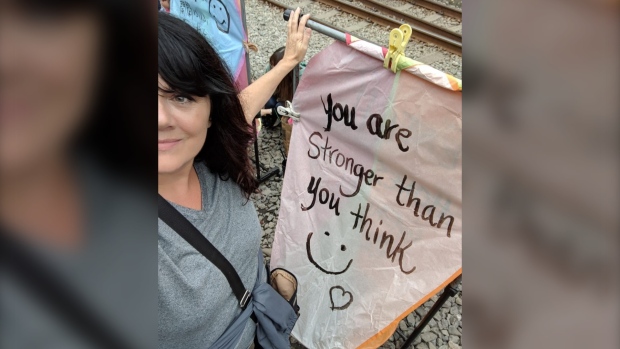 'I call it cupcakes'

Faced with Stage 1, Grade 3 Invasive Ductal Carcinoma, Campbell chose a treatment plan of chemotherapy and radiation after her lumpectomy.

"The first couple of times I told people that I would be undergoing chemo, they referred to it as poison, and I just refused to accept it as poison," Campbell said.

She decided to change the perception of the treatment that was going to save her life.

"I call it cupcakes because there is just such a negative connotation with that word 'chemo,'" Campbell said. "So my daughter said 'We're gonna call it cupcakes instead, you're gonna go for cupcakes' and that made me feel better!"

Campbell shared details of her first week of treatment in a blog post titled Mind over Matter. Hope over Fear. Cupcakes over Chemo.

"The outlook you have on disease and treatment makes a huge difference in how your mind deals with how your body reacts," Campbell wrote on June 28. "Calm your mind to help your body, and know that whatever comes, you have the strength to get through it." 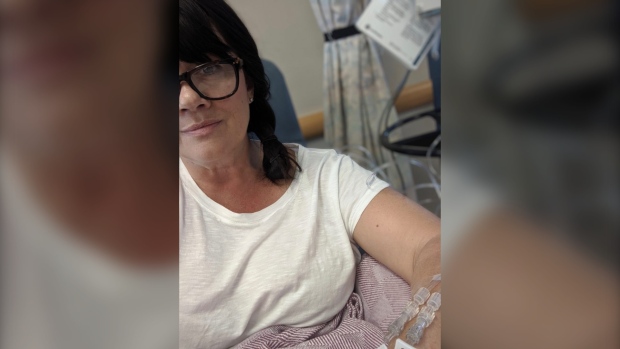 Chemo treatments often result in hair loss, and Campbell struggled with the prospect of losing her long locks.

"Hair is our crown," she wrote on her blog on July 3. "It is both a weapon and a treasure. It can empower and enslave. Hair is a security blanket and a statement. Hair is power."

Campbell chose to ease into her hair loss with a short haircut, then shaved her head herself.

"You play with your hair, you fix your hair, you fuss with it, you fight with it, it's just so much a part of your identity that losing it, all of a sudden you're bald and you don't even recognize yourself," Campbell said. "You do not recognize that person looking in the mirror."

She detailed the process on her blog, including photos of her hair at every step. 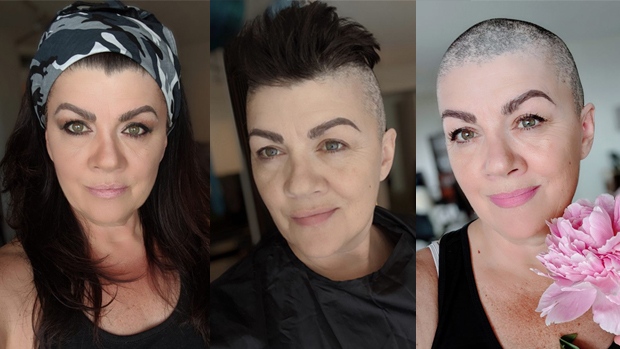 "I began to feel something different. Something like defiance. I felt empowered," Campbell wrote.

"I was scared but I worked through that. I was angry at losing my long hair, but I dealt with that. I let go of the anger because I knew it wouldn’t do me any good.  I pushed through all the sadness and the terror and I came out the other side feeling pretty fantastic."

Campbell will continue to document her journey on her blog, and will return to CTV Morning Live Edmonton with updates in the coming months.