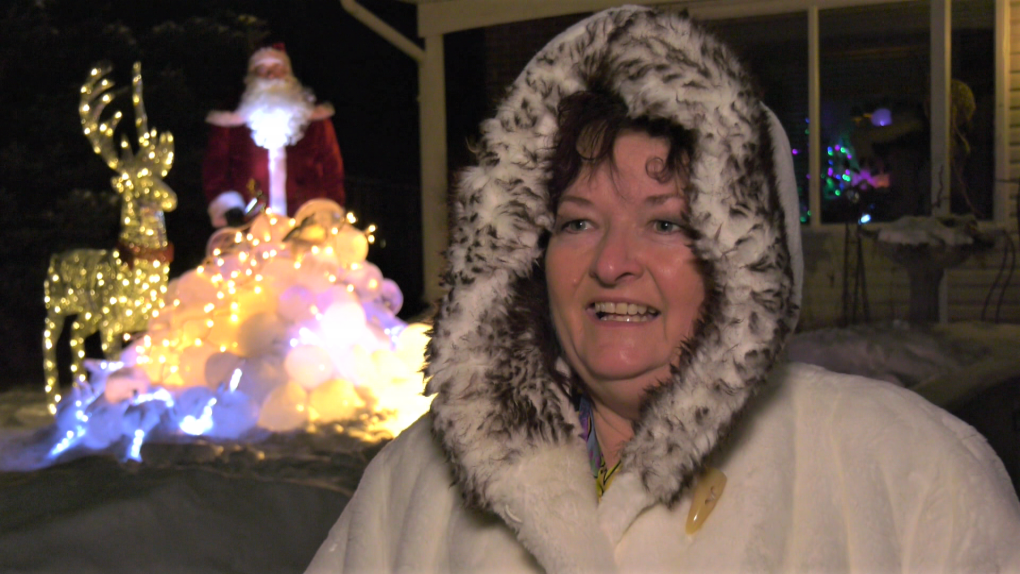 What started out as a way to goof on a high-priced public art installation in Edmonton has become somewhat of a labour of love for Laurie Keindel.

The Devon, Alta., hairdresser makes cool things out of ice every year. She's made displays themed after Star Wars and the Disney movie Frozen. She also formed large ice dinosaurs one year as part of her holiday tradition.

This winter, she decided to create a cheeky ode to the Talus Dome, often called the Talus balls, which is a $600,000 City of Edmonton display featuring 1,000 stainless steel spheres located on the side of Whitemud and Fox drives.

“Mostly, I guess I’m a jerk. I meant to do a parody and as I was building, I kinda liked it,” Keindel told CTV News Edmonton.

The local hairdresser covered her front-yard parody in Christmas lights. There's also a penguin, a reindeer and a Santa Claus.

Creating the display was not easy. Keindel spent many hours freezing spheres using balloons and plastic pails. She said it's also kind of dangerous, because the ice sometimes explodes, so she had to wear safety goggles. 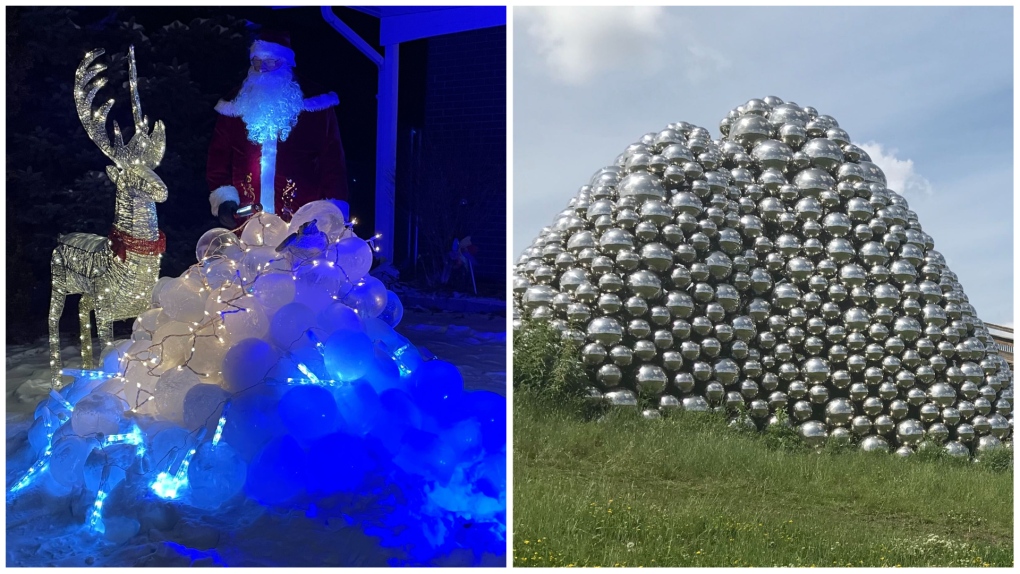 “Each ball is five to eight pounds. On a warm, sunny afternoon, even if it's -20 degrees, they’ll just roll down. They’re heavy.”

Keindel estimated she's made about 300 ice balls so far and said she plans to keep going, in an effort to reach 1,000.

Keindel chose not to share her address but hopes the story and photos give people a laugh and something cool to look at during a cold Alberta winter.