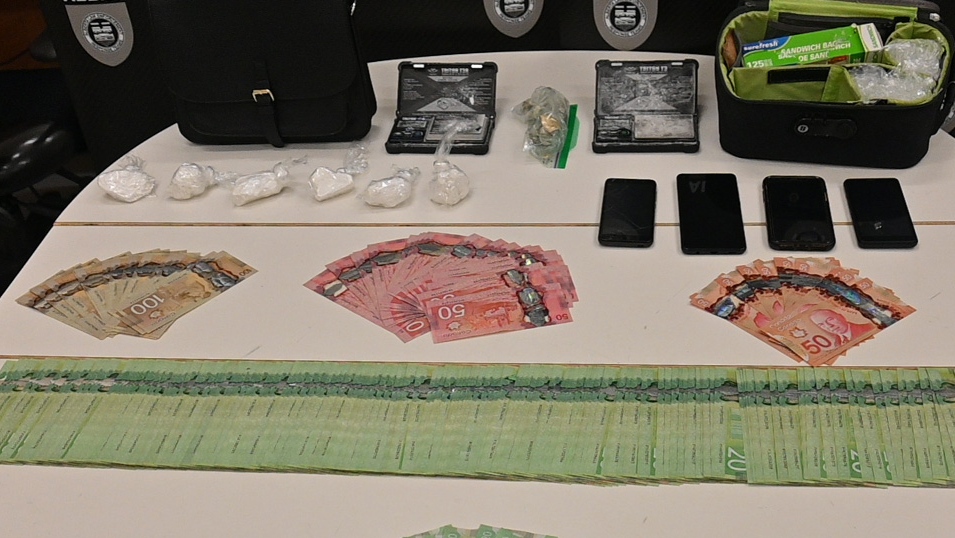 Photo showing some of the items ALERT says it seized during a search of a Lloydminster home (ALERT).
EDMONTON -

Organized crime and gang team members arrested two and seized cocaine, psilocybin mushrooms, and cash after a search of a Lloydminster home.

The Alberta Law Enforcement Response Team (ALERT) says it searched one home in Lloydminster with assistance from the RCMP on Sept. 1 after completing a “short-term investigation.”

According to ALERT, 173 grams of cocaine, 17 grams of psilocybin mushrooms, and $7,340 of Canadian cash were seized.

“ALERT alleges the two suspects were actively involved in drug trafficking within the region and their market extended into Saskatchewan,” ALERT said in a release.

Funded by the province, ALERT is a team made up of law enforcement resources from across the province and is tasked with tackling organized and serious crime. ALERT expanded to Lloydminster in November 2020 to serve the larger region surrounding the border city.

“ALERT has long recognized the impact of organized crime in Lloydminster region and its position as a transitory route for drug smuggling between provinces,” said Supt. Dwayne Lakusta, ALERT CEO, in a statement.

Lloydminster straddles the Saskatchewan and Alberta border and is located approximately 250 kilometres east of Edmonton.