The former hospital is located in what is now Edmonton’s Inglewood neighbourhood and was used as a tuberculosis treatment centre for First Nations and Inuit patients.

For decades, patients from across Alberta and northern Canada were sent to the hospital for treatment. Many local Indigenous leaders recall how it was more commonly referred to as the “Indian Hospital.”

Others recall how patients sometimes were subjected to abuse, forced sterilization, and medical experiments.

Architect Gene Dub purchased the site with the intent to redevelop the area. He has now hired a company to scan the area once more, prior to any construction progress is made.

“After the shock of Kamloops we thought we better make sure there aren’t any burials that are not recorded,” Dub said.

The architect said in 2008, three reports were completed that concluded no burial sites were located at the Camsell location.

“That was just (looking at) recorded burials,” Dub said.

“We are daylighting, or opening up those 11 areas, to see if there is any possibility that they are burials.”

So far, crews found debris, copper wire, concrete slabs, and other material from previous buildings located at the site.

Dub described how crews excavated each site one inch at a time to the depth the ground penetrating radar indicated.

One-third of the entire site has been surveyed and Dub says the plan is to continue surveying and searching to provide closure to Indigenous families. He hopes the remainder of the grounds can searched with the aid of federal or provincial funding. 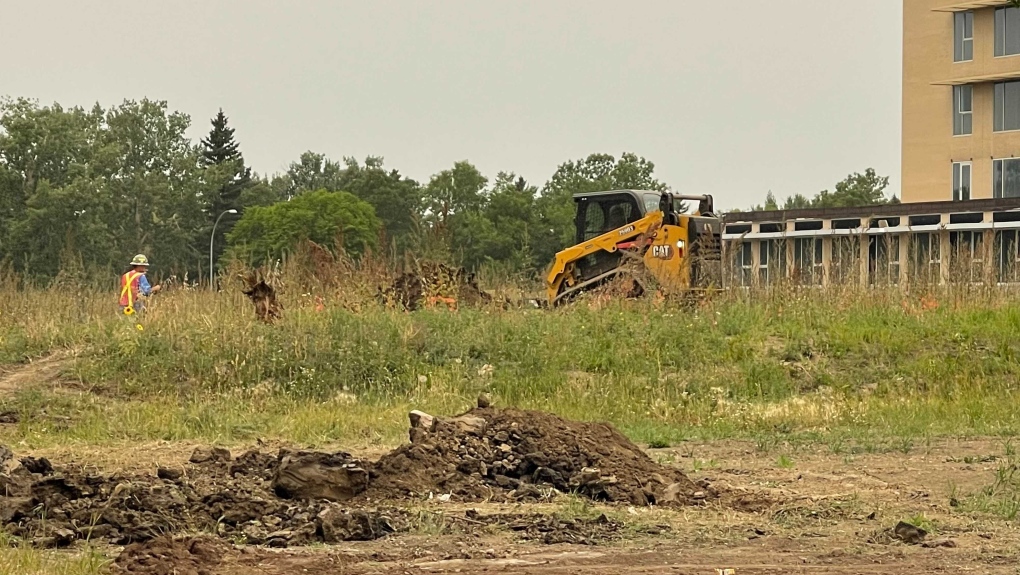 Members of the Papaschase First Nation are taking part in the search efforts and observing as crews excavate.

Shiela Desjarlais, a representative from Papaschase First Nation acting as an observer at the site, said there has been oral history for generations about unmarked burial sites at the Camsell Hospital.

Desjarlais said it is “important work” being completed.

“People are now hearing us when we’ve been talking about it for so long,” she shared. “We’ve always known.

“The fact now that somebody is saying, ‘Let’s look,’” she added, “gives us that confirmation.”

As an observer, Desjarlais said Indigenous community members are present, ensure ceremony is observed, and that the process is respectful.

“The fact that we get to be part of it is really helpful,” she said. “Being able to watch to see what they are finding.”

He’s pleased no remains have been located to this point but recognizes there is still lots more site left to search. Marty shared how Indigenous elders have indicated that the southeast part of the site had an unmarked burial area. That part of the site is next to be searched. 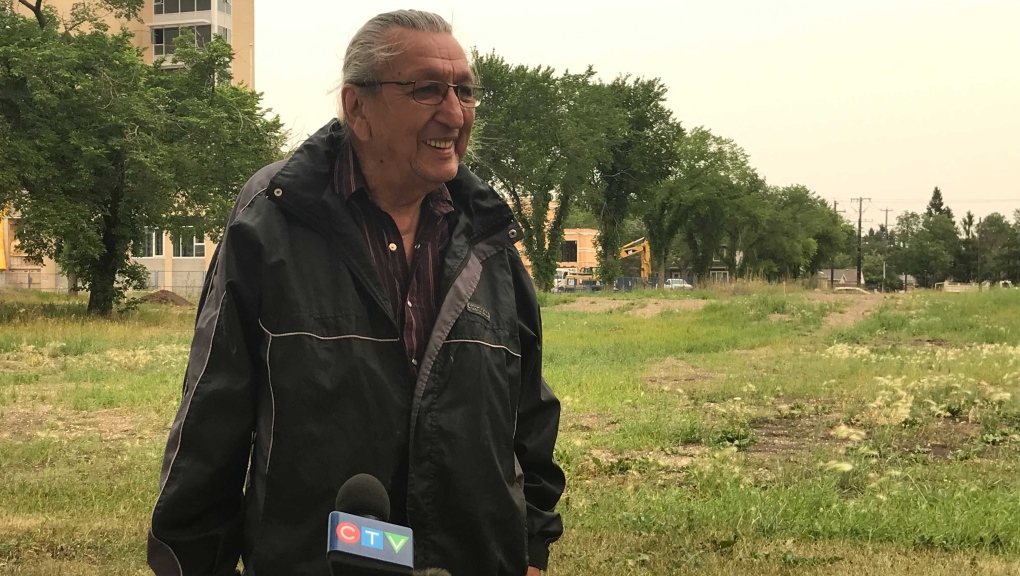 “There was a lot of atrocities that went on at this hospital,” Marty said. “I know people that came to here years ago.

“All kinds of atrocities that shouldn’t have happened, happened here,” he added. “They’ve got a lot more work to do.”