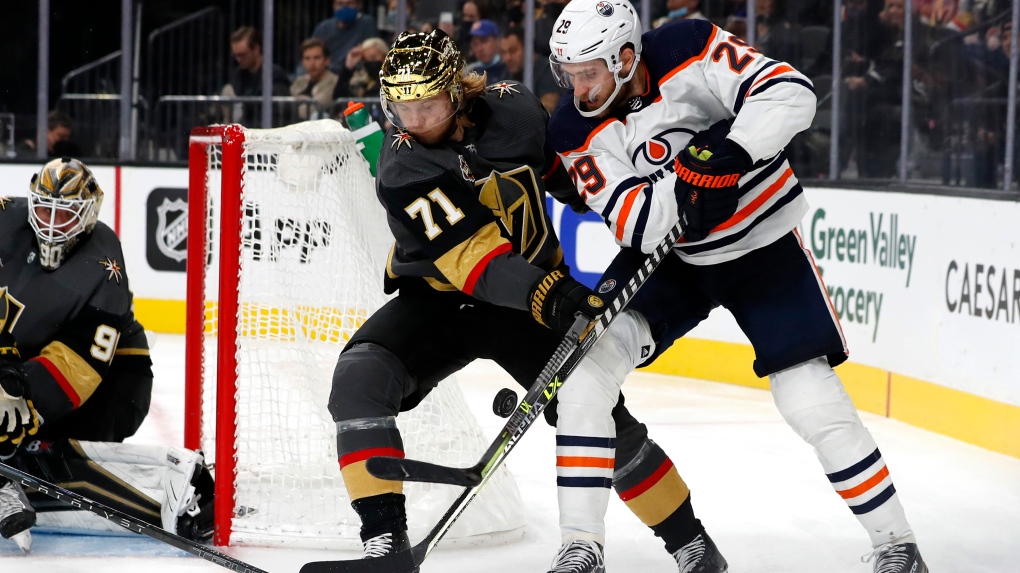 Zack Kassian scored a tiebreaking goal in the third period and the Edmonton Oilers beat the Vegas Golden Knights 5-3 on Friday night.

Shortly after Vegas tied the game early in the third period, Kassian answered by taking advantage of a turnover in the neutral zone. He froze Lehner in the crease and slipped the puck through the goalie's pads to put Edmonton ahead to stay.

Edmonton, which was playing the second of back-to-back games and for the third time in four nights, has outscored its opponents, 24-13. The Oilers' plus-11 goal differential is tied with Florida for best in the league.

Meanwhile, the Golden Knights were 0 for 3 on the power play and are 0 for 9 this season. Vegas is in an 0-for-26 drought with a man advantage, dating to June 6, which was Game 4 of the second round of last year's playoffs.

Vegas, missing top-line forwards Mark Stone and Max Pacioretty, struck first when Roy got his stick on defenseman Zach Whitecloud's shot from the point, redirecting it past Koskinen.

Edmonton tied it five minutes later on a power play when Connor McDavid took a pass, skated through the slot and drew Lehner out of the crease to his right. After McDavid tried shuffling the puck through heavy traffic, it deflected off Hyman's right skate and just over the goal line to make it 1-1.

Patrick got his first goal as a Golden Knight when he redirected Dylan Coghlan's shot from the blue line, putting Vegas back on top.

Hyman picked up his second goal of the game, and fifth of the season, when he one-timed a pass from McDavid, who gathered the puck from the end board and fed his linemate from behind the net.

Moments later, Draisaitl notched his third goal of the season when he sent a pass from Ryan Nugent-Hopkins past Lehner, giving Edmonton its first lead of the game.

Hague tied the game for Vegas when his blast from the blue line got through traffic and past Koskinen into the lower corner.