Oilers had hoped for fans back in Rogers Place by last February: documents 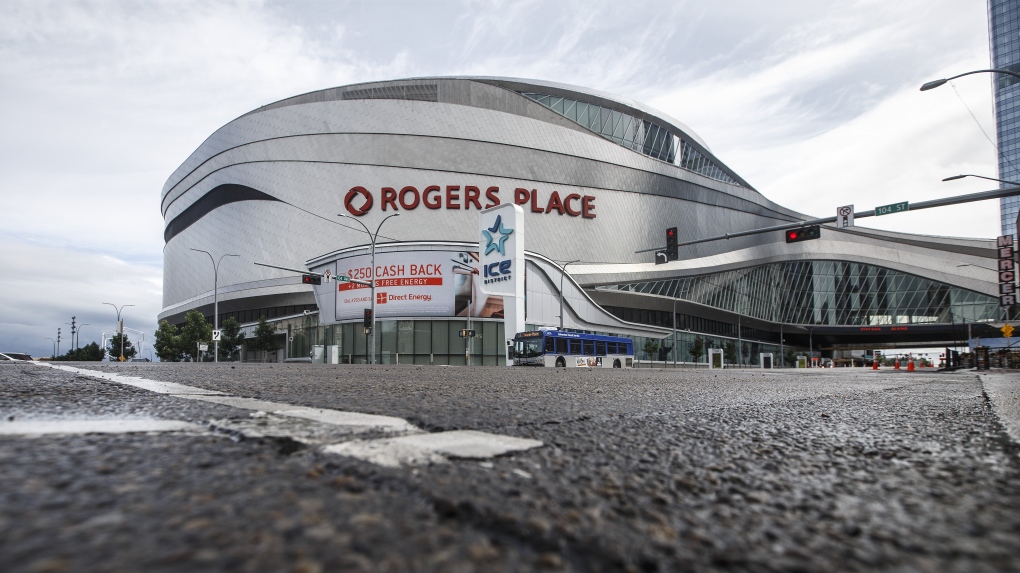 The Edmonton Oilers pitched Alberta Health a plan to have fans back at Rogers Place for the 2021 season as early as last February, according to internal emails and documents.

The initial plan was outlined in an email from an Oilers executive to Alberta Health and called for a select few fans to be in attendance at Battle of Alberta games in Calgary and Edmonton on Feb. 19 and 20.

“Then rollout 1,000 fans a game, building up over the course of the season to whatever is a reasonable number,” it reads.

“We have a comprehensive plan to ensure we can do it safely, but we also need to ensure we get the timing right from a public perception perspective.”

The email is among documents obtained by CTV News following a freedom of information request filed in March of 2021.

Another email from the team states it had “built a detailed building attendance manifest” for Rogers Place based on six-foot physical distancing that resulted in a capacity of 3,700.

Team chairman Bob Nicholson told CTV News in January of 2021 that the team needed more than double that number from a financial perspective.

"Really, for the numbers to really start to make any sense to us, probably about 9,000 people, but we will certainly have less in than that when we can,” said Nicholson.

The plans were crafted as the COVID-19 pandemic’s second wave began to dissipate in Alberta in January of 2021, with the number of new cases as well as the number of patients in hospital and intensive care units decreasing throughout January into early February.

By then, the provincial government had announced it was relaxing several COVID-19 restrictions, first in early February and then again in early March.

But by mid-March, the province’s COVID-19 situation began to worsen, as the Alpha variant pushed case counts back up at the start of what would grow into the third wave.

The documents show that by March 16, a new plan to welcome fans back to NHL games in Alberta had been developed by the team and provincial government.

It called for a “front line workers celebration” on April 1 and April 11, general ticket sales running between April 12 and May 7, and playoff tickets slated to go on sale May 9.

“We are requesting approval by March 22,” reads a briefing note outlining the updated plan.

“Once approval is granted we would like to officially announce the front line salute as soon as possible during the week of March 22.”

Tickets for frontline workers were to be distributed to health-care workers, police officers, firefighters, EMS crews, and transit workers as well as to those working in front line service industries such as grocery stores, according to the note.

It also outlines messaging around COVID-19 precautions at Rogers Place and the Scotiabank Saddledome.

“We will use our in-game experience to educate fans on health and safety guidelines inside the arena,” it reads.

This included developing “pay it forward messaging that engages fans to follow the rules and not congregate.”

“We are working on a deeper, Oilers-centric PSA strategy on responsible fan behaviour,” an Oilers executive wrote to Alberta Health officials. “It will be a very important piece of the plan.”

On April 6, the province reintroduced a series of public health measures. And on May 4, more restrictions were announced, including moving schools to online learning, lmiting outdoor social gatherings to five people, and banning indoor dining and recreation.

Those changes rendered any return-of-fans plan moot and the duration of the Oilers season and playoffs was played out without spectators.

Attendance at Rogers Place is currently limited to 50 per cent of capacity under new health restrictions announced on Dec. 21.

Thunderstorms kill 4 in southern Ont., knock out power in parts of Que.

As the May long weekend kicked off, a massive thunderstorm in southern Ontario and Quebec brought strong wind gusts that knocked down trees, took out power and left at least four people dead.