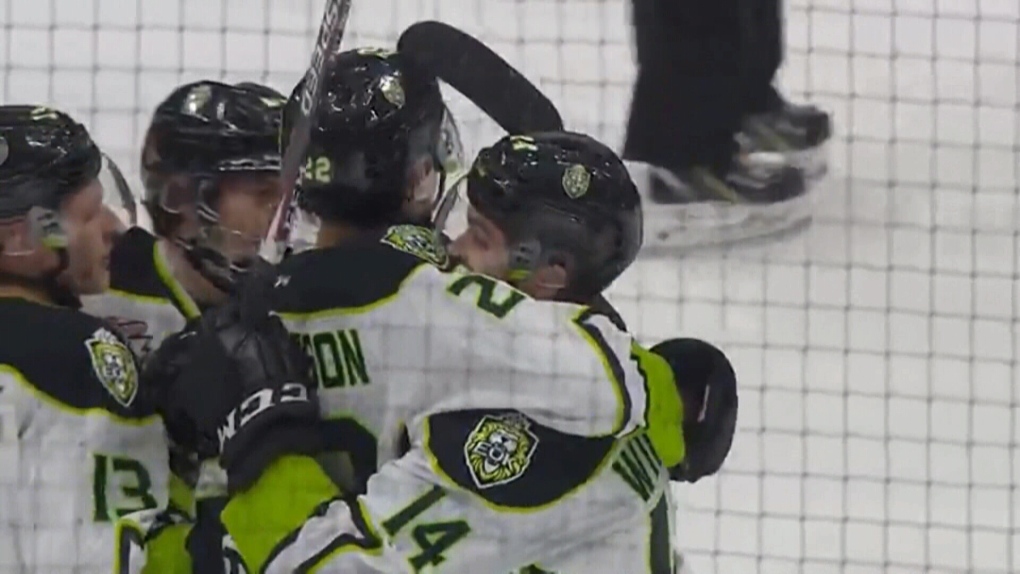 EDMONTON -- The Edmonton Oil Kings looked primed for a long spring fling in the playoffs. Then COVID-19 officially scrapped the season.

The end was inevitable. The coronavirus pandemic forced Canadian major junior hockey to cancel the playoffs in all three member leagues including the Western Hockey League, meaning the Memorial Cup won’t be awarded for the first time in 102 years.

The squad finished the WHL regular season as the top team in the Central Division and Eastern Conference.

"Not only were we a legitimate threat in our own league but compared to the other two leagues as well, we were were pretty high and respected,” said McLeod, now home in British Columbia.

When the CHL made its decision to cancel the season on Monday, McLeod’s first thought was about the 20-year-olds on the team ending their junior careers with a sad final chapter.

Oil Kings general manager Kirt Hill says those veteran players may be impacted the most.

"A lot of those players get the opportunity to go play in the AHL or ECHL at the end of the season, or they get to showcase themselves in the playoffs, so with there being no hockey at all right now...some of those opportunities are not going to be the same.".

The GM said it'll be business as usual for the upcoming WHL bantam draft, but there are obvious restrictions forcing the team to get creative about recruitment. Tournaments, which are usually scouting stages, have been cancelled.

COVID-19 has changed many things, including the perspective of Oil Kings players who lament the lost season.

“Frustrating but also humbling, because as important as hockey is to me and so many people, there’s a lot bigger things to life than it," said McLeod, who doesn’t know when he’ll get back on the ice with his teammates.

COVID-19 in Canada: What's closed due to coronavirus concerns

A virus rages, a flame goes out: Tokyo Games reset for 2021

Sports announcers get creative as virus wipes out day job