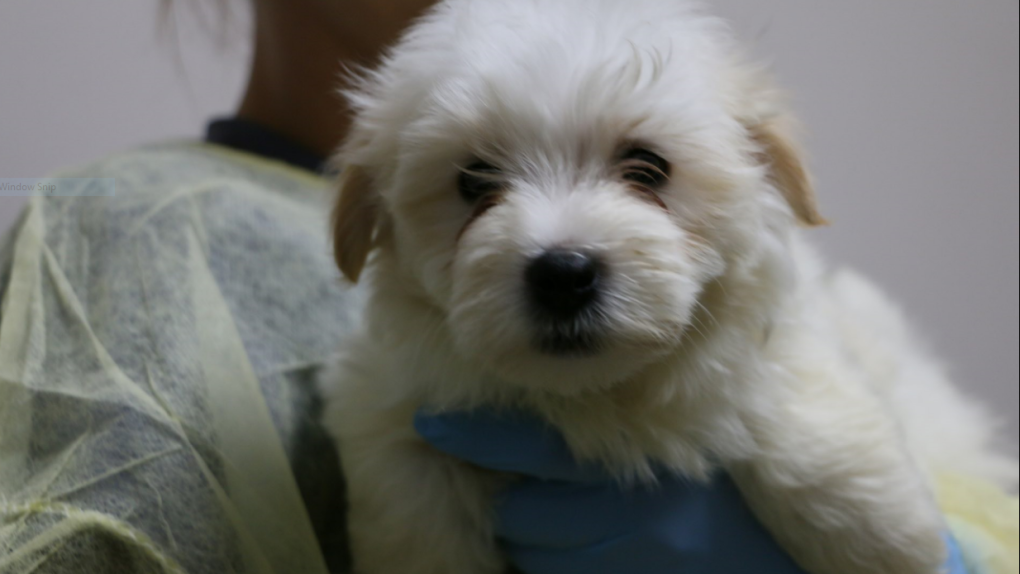 Twenty-five of the 72 Havanese dogs seized from a rural property in northeast Edmonton last month are on their way to new homes.

The animals—which ranged in age from two weeks to adult—were released to the Alberta Animal Rescue Crew Society over the weekend for rehoming.

"Our staff and volunteers have begun the process of assessing them medically and placing them into foster care until they are ready for adoption, including ensuring they are all medically cleared and spayed or neutered," AARCS said in a statement.

The dogs were seized by Edmonton Police Service and Animal Care and Control on July 30 after police were tipped off about puppies being sold in poor condition on Kijiji.

Gloria Sears, 57, has been charged in the case.

The society said those who are interested in adopting one of the pups should watch for them to be listed online. Advance adoption applications are not accepted. In the meantime, the organization is acception donations to help with their care.