Poop pills: Fecal transplants show promise in reducing insulin sensitivity: U of A 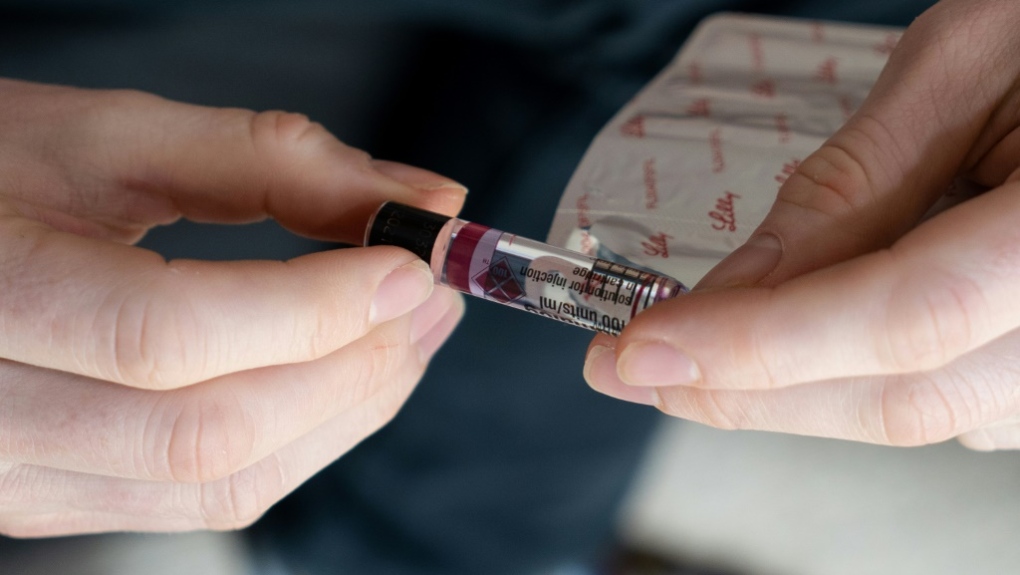 Research by Doctors Without Borders and the University of Geneva showed that a vial of insulin could be stored for four weeks after opening at temperatures fluctuating between 25 and 37 degrees Celsius (77 and 98.6 degrees Fahrenheit) (AFP)
EDMONTON -

A recent study at the University of Alberta has found fecal transplants plus fibre supplements help to improve insulin sensitivity in severely obese people.

A six-week clinical trial at the U of A led by Karen Madsen, a medicine professor, showed that improving insulin sensitivity in patients with metabolic syndrome or obesity, their bodies were able to use glucose more effectively.

“They were much more metabolically healthy.”

There were 61 patients with a body mass index of 40 or higher recruited for the trial from the bariatric surgery waitlist in Edmonton. The participants had insulin resistance, high blood glucose and or high blood pressure -- all of which can eventually lead to diabetes.

According to the study, patients who were given a single-dose of an oral fecal microbial transplant followed by a daily fibre supplement resulted in lower blood sugar levels.

“These patients were on the best known medications for metabolic syndrome and we could improve them further,” Madsen added.

Madsen explained the microbiome is all of the bugs, micro organisms, bacteria, viruses, protozoa and fungi found in the gastrointestinal tract. She said people with various diseases are known to have altered microbial contents. So, replacing unhealthy bacteria with healthy bacteria can lead to improved health.

'WE ARE ONLY SCRATCHING THE SURFACE'

The fecal transplants contained microbes from healthy stool donors, according to the study. The gut affects a number of processes including inflammation, metabolism and immune function.

“The potential for improving human health through the microbiome is immense,” Madsen noted.

“We are only scratching the surface at the moment.”

The researcher says this is the first study of its kind to show that oral use of fecal transplantation is effective.

The transplants for this study were taken from four lean, healthy donors and prepared at the U of A lab. The capsules had no taste or odour.

However, according to Madsen’s research, the fibre supplements following the transplant were “key to the success.”

“When you transplant beneficial microbes, you need to feed them to keep them around,” Madsen said.

For example, “If you give a new microbe and you don’t feed it, if you continue to eat a diet of processed foods and no fibre, then that microbe with likely die,” Madsen explained.

According to Madsen, our bodies do not naturally produce enzymes needed to break down fibre; that’s why the bacteria needs to be live.

“Non-fermented fibre can change gut motility – how fast things move through, as well as acting as a bulking and blinding agent that can change levels of bile acids, which could help explain our results,” Madsen said.

With the success of the clinical trial, Madsen said the next step will be a longer study with more participants in multiple centres. They would then monitor the transplant and fibre combination, changes in medication requirements, and weight loss.

If results continue to show benefit, Madsen said the pills could be available as a possible drug therapy within five years.