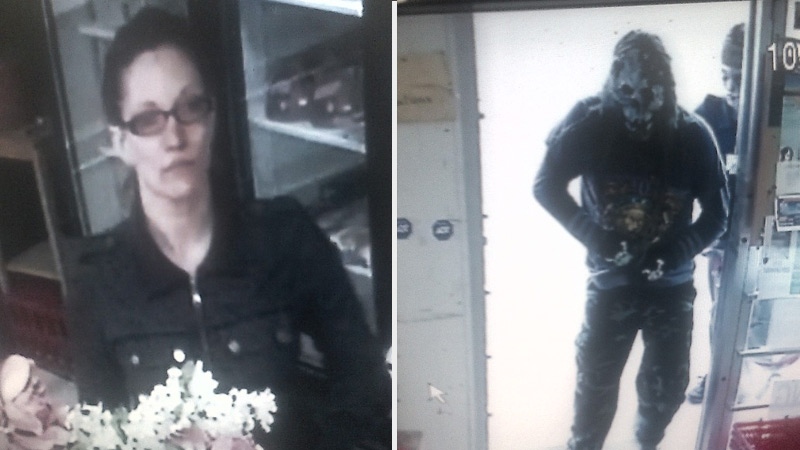 Tofield RCMP are asking for help identifying two suspects in an armed robbery at Lisa’s Market in Ryley.

Police responded to an armed robbery on October 28, 2016 around 1:15 p.m. and were told a male and a female stole an undisclosed amount of money and cigarettes.

Earlier in the day, a woman, believed to be one of the suspects, entered the store and purchased an item. She returned later with the male suspect, disguised and armed with a handgun.

The two suspects fled the area in a small blue car. No one was injured in the robbery.

Extensive patrols by Tofield RCMP with assistance from the Viking and Vegreville detachments did not locate the suspects or vehicle.

The male suspect is described as:

The female suspect is described as:

RCMP ask if you have an information about this investigation to please call the Tofield RCMP at 780-662-3353 or contact your local police. Anonymous information can be submitted to Crime Stoppers at 1-800-222-TIPS (8477).