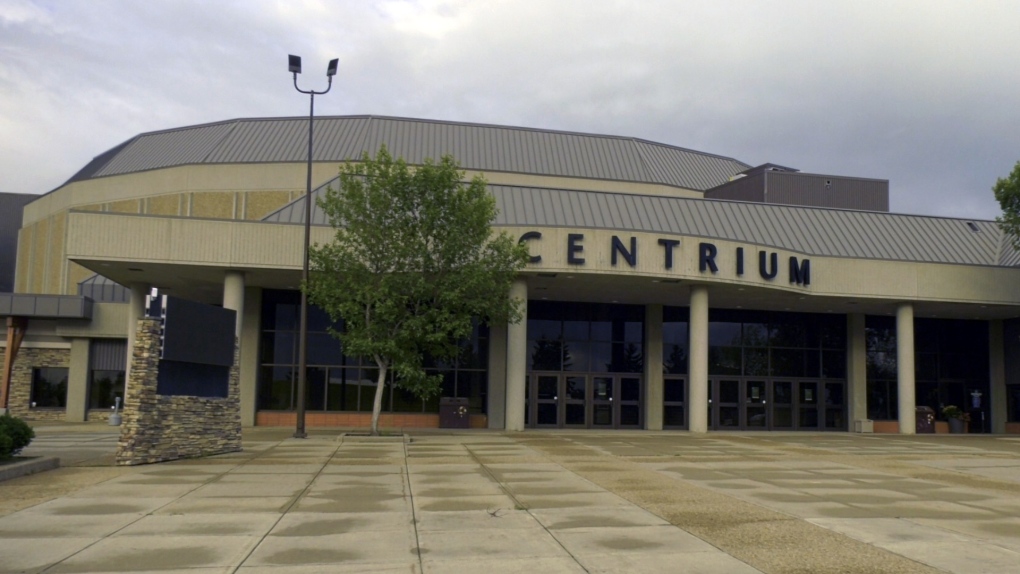 It’s been nearly three decades, but Al Sim still remembers the last time the World Juniors came to Red Deer, back in 1995.

“It was amazing,” said Sim, now the chair of the city’s fan fest event at this year’s tournament.

“The Centrium was in its infancy … that Canada-Russia game was like 6,500 people 80-deep on the concourse … it was packed.”

The ongoing COVID-19 pandemic and Alberta’s renewed public health restrictions mean there won’t be nearly that many there this time, but it’s still a welcome return for the city to the world stage in a familiar hosting role.

The year before its World Juniors debut, Red Deer hosted the Brier curling tournament and set an attendance record that stood for three years until the event moved to larger venues.

Other roles hosting major events followed: national women’s curling championships in 2004 and again in 2012, junior hockey’s Memorial Cup in 2016, the Canada Winter Games in 2019, and the 2018 Hlinka Gretzky Cup for under-18 players, a tournament it’s scheduled to host next August again.

“We are used to having these big events,” said Sim. “It’s almost like every two or three years we have one and our community just comes out tenfold.”

His son and his hockey teammates were chosen to be a part of the ice crew during the 2016 Memorial Cup, helping clear the ice between TV timeouts.

“They’re in their mid-20s now and they talk about how much fun that was,” he said.

While there’s the obvious business bump and international exposure, Sim says it’s memories like those that volunteers carry with them after their hosting role is over.

“It’ll be a once in a lifetime thing for them.”

This year marks the first time the more modern, made-for-TV form of the World Juniors comes to town.

Eleven other Alberta towns and cities, ranging in size from Edmonton and Calgary to Innisfail and Rocky Mountain House, also hosted games.

Many of the staples of recent World Juniors spectacles were absent in the eight-country round-robin tournament. There was no gold medal game, no playoff round at all, no New Year’s Eve contest and no relegation, with the tournament expanding to 10 teams the following year.

“It was an era where the World Juniors before it absolutely exploded and became what it is now,” Paul Romanuk,  who called the tournament for TSN between 1990 and 2001, told CTV News in 2019.

With the National Hockey League and its players embroiled in a labour dispute, Team Canada drew from a wealth of NHL talent, including Alexandre Daigle, Ed Jovanovski and Ryan Smyth.

“It was by far, not even close, the most dominant Canadian team that I ever saw at the World Juniors,” Romanuk said. 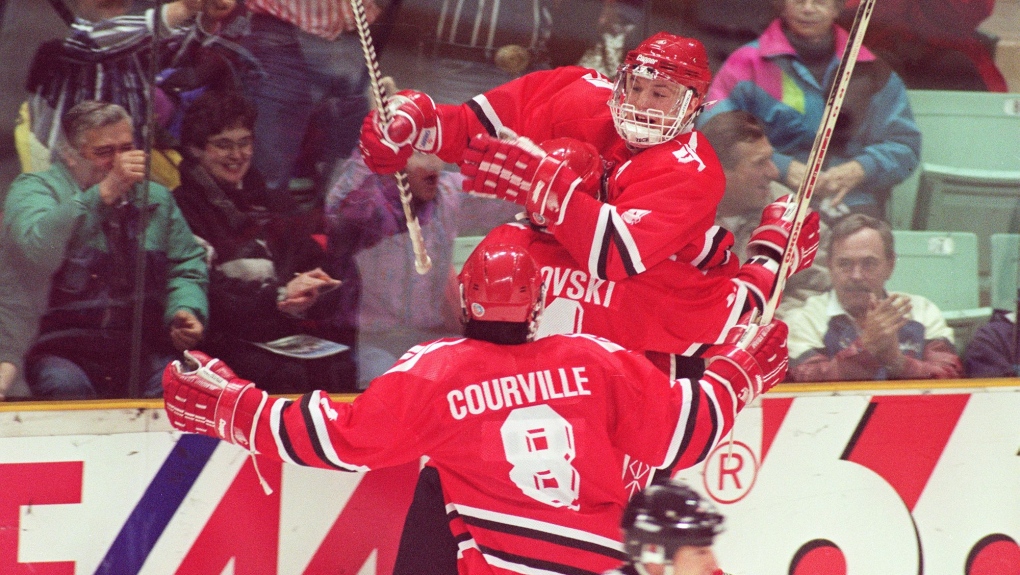 Canada's Bryan McCabe is lifted by teammates Larry Courville and Ed Jovanovski after scoring the first Canadian goal against the U.S. team at the World Junior hockey championships in Red Deer, Dec. 29, 1994. (CP PHOTO/Dave Buston)The Canadians cruised to a gold medal, winning seven out of seven games and scoring in every period they played but one.

The tournament format meant they won the gold in their locker room with a game to spare after second-place Team Sweden was held to a tie in its penultimate contest.

“We're still the world champs, that's all that counts," Calgary-raised defenceman Bryan McCabe said during the dressing room celebration. "It doesn't matter that it didn't happen on the ice."

This year’s event will be unique for its own reasons.

They’re also an uncomfortable reminder of how the pandemic’s second wave prompted the tournament to adopt a fan-less, bubble format in Edmonton last year, with Red Deer being left out entirely.

“It was probably the right thing to do,” said Merrick Sutter, co-chair of the Red Deer host committee. “It became obvious that it wasn’t going to look like a normal World Juniors.”

The attendance limit was announced less than a week before the tournament’s Boxing Day start. Pre-tournament games, including those involving Team Canada, were cancelled due to COVID-19 as was a Czechia versus Switzerland exhibition match.

Sutter says the changing nature of the pandemic and the public health measures that follow forced organizers to adapt on the fly.

“Health authorities will make decisions that they see fit and we’ll follow those decisions,” he said.

“We always have plans. We just go day-to-day because we don’t know what tomorrow will bring.”

While it’s not the return of the World Juniors of old as Red Deer had hoped, the city is embracing its role nonetheless.

“You understand that the world was in a different place then,” said Sim.

Thunderstorms kill 2 in southern Ont., knock out power in parts of Que.

As the May long weekend kicked off, a massive thunderstorm in southern Ontario and Quebec brought strong wind gusts that knocked down trees, took out power and left at least two people dead.